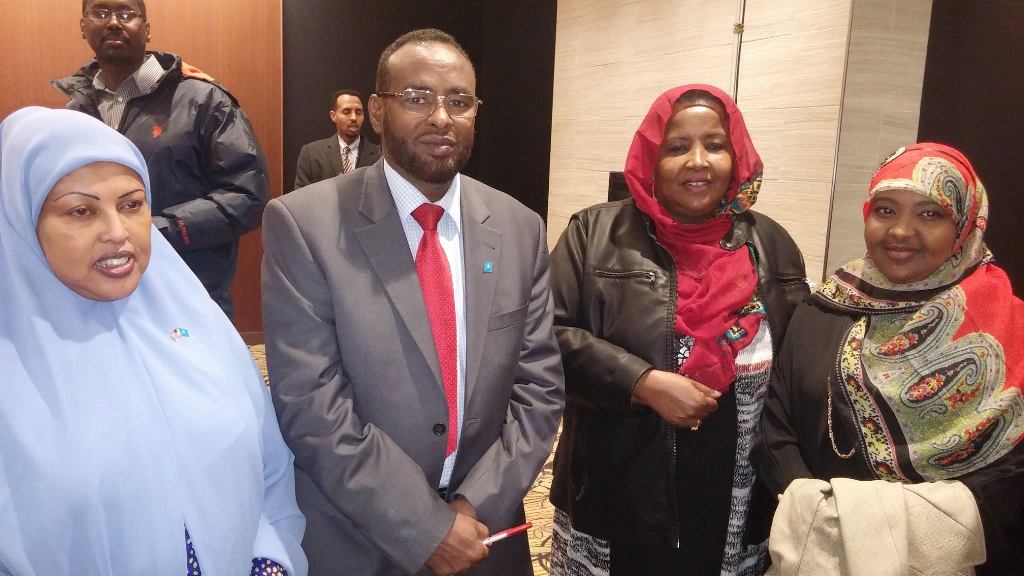 Minnesota (HAN) December 23, 2014 – Public diplomacy and the Horn of Africa related Security issues. In most common law jurisdictions, such as Somalia, the attorney general or attorney-general is the main legal advisor to the government, and in some jurisdictions may also have executive responsibility for law enforcement, public prosecutions or even ministerial responsibility for legal affairs generally. 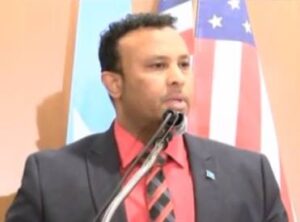 A Community News Note by Jibril Afyare. The Somali Attorney General Dr. Ahmed Ali Dahir arrived in Minneapolis for a short visit on Friday Dec 19th. His first stop was at the Abubakar Masque in Minneapolis where he had round table meeting with the Imams from various Masjids and community leaders.

The Somali Attorney General, Ahmed Ali Dahir  had given them a brief summary of the overall status of the country (Somalia) but went on in details the obstacles of justice, equality and law and order as the country is now beginning to come out of lawlessness more than two decades. At one point during the round table he became emotional and was in tears while talking about the Somali prison conditions which he vowed to make it better. Next day the Attorney General had one-to-one meeting with the Somali American Police Association (SAPA) where they have discussed on how SAPA and the Somali Police can work together and benefit from one another. He had also met with the Somali-American Lawyers Association as well as Somali-American law students where they agreed to develop continuous relationships and students have their interns in their homeland (Somalia) if possible.

The Somali Attorney General, Ahmed Ali Dahir had also attended a town hall meeting with the Somali American Community in Minnesota where he had received standing ovation welcome on his bold agendas for reforming Somalia’s justice system with accountability and transparency. On his remarks he encouraged the Somali diaspora to be a good model citizens and abide the law wherever they live, he concluded to invest and come back to the homeland (Somalia) where everyone can contribute and can have a role play for a better Somalia with peace and prosperity for all.