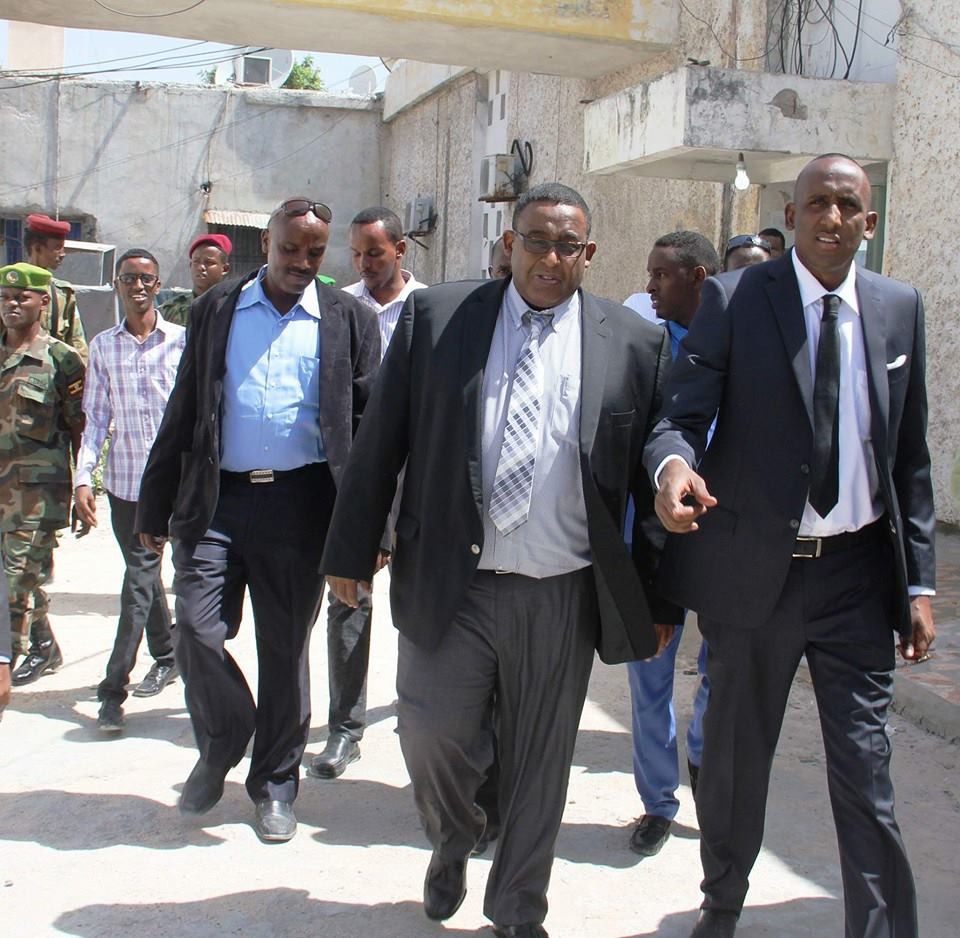 Prime Minister  Omar Abdirashid, one of the country’s top negotiators who is of no relation to the president, was appointed prime minister on three weeks ago, replacing Abdiwali. The new 25-member government announced late Sunday features eight new ministers, including a new member of the Somaliland ethnic group as deputy Prime minister, Mohamed Omar Arte Qalib and a new Constitutional minister from Puntland.

“There is inevitably great disappointment for many Ministerial candidates but it is important that all Somali government institutions work towards achieving our national development targets,”

Somali Prime Minister Omar Abdirashid Sharmake named a 25-member Cabinet that includes some incumbent Ministers who have either retained their former posts or have been given new portfolios as well as new ones.

“My cabinet and I are in no doubt that there are still many complex and difficult challenges ahead,” Ahmed said in a statement from his office. “We must continue the fight to eradicate al-Shabaab from all of Somalia, continue to reform our institutions and public finances, improve and extend public service delivery, and continue building a federal Somalia.”

Somali Prime Minister Omar Abdirashid Sharmake: This government will work tirelessly for the people of Somalia, building on the progress made in the last year, to build the new Somalia that we all want to see.

“We are under no illusions that the government has a formidable challenge in the sheer scale of its agenda,” Mohamud said. “We need to continue extending security, improve public services delivery, accelerate public finances reform and make further progress in building a federal Somalia.”

“I now request the parliament to fulfil its constitutional role and approve the council selection, so that the government can continue this ambitious programme of reforms that are so critical to the stabilisation and development of Somalia,” he added.

Background: The long awaited Ministerial appointments ends over a fortnight of speculations and anticipation in which time both the President, Hassan Sheikh Mohamud, and his new PM Omar Abdirashid Sharmake consulted each other and other key stakeholders regularly to agree on the new cabinet members.

Among the returning former Ministers who keep their formers posts are the Ministers of Defence, Finance, Foreign Affairs, Justice and Women’s and Human Rights Affairs. Among the women in the new Cabinet are Khadija Mohamed Deriye who keeps her former post as the Minister for Women and Human Rights and Nadifo Mohamed Osman who also remains at the Ministry of Planning.

This new government is made up of both the former Ministerial and parliamentary supporters of PM Abdiweli Sheikh Ahmed who lost a vote of no confidence in parliament in early December and the President. Observers privately stated that they hoped that both groups can unite this time to “lead Somalia” towards achieving the vital Vision 2016 goals.

“Finally the waiting is over and Somalia has a full government,” said a MP who did not want to be named. “Whether the old and new faces can work together or are any good remains to be seen.”