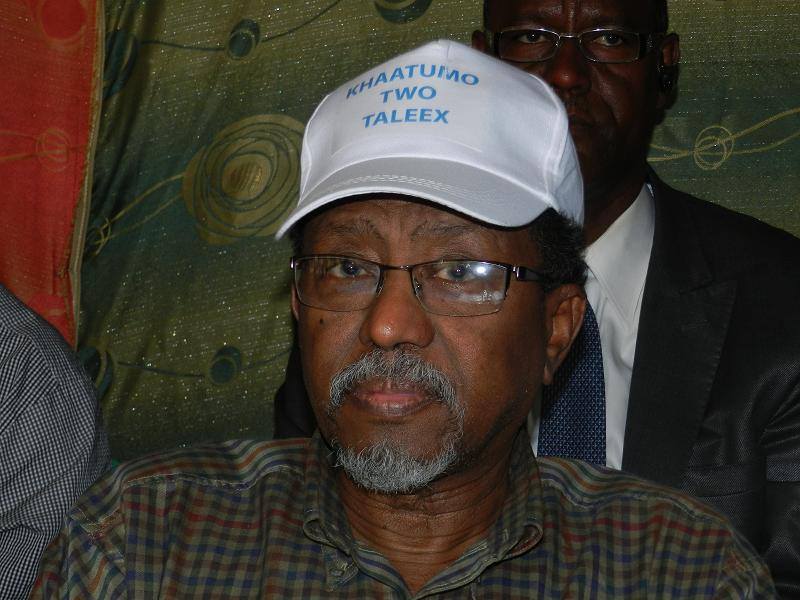 Saax-Dheer (HAN) August 14, 2014 – Former Somalia Prime Minister Ali Khalif Galeyr who is now a Member of Somalia’s Federal Parliament has become the president of Khatumo State. Professor Ali Khalif Galeyr has been elected president of the semi-autonomous regional state of Khaatumo at a conference held in the Saax-Dheer village in the Sool region, north of the Somaliland.
Sources told Geeska Afrika Online that, Puntland president Abdiweli Mohamed Ali Gaas has warned again the federal government leaders after it learned of a plan to recognize the newly formed Khatumo State in Sool and Sanaag, that would allegedly include part of the Puntland regions.

Puntland president Abdiweli Mohamed Ali Gaas, said Sool and Sanaag was split in two (Puntland & Somaliland) because of deadly regional tribal conflict two decades ago, and that recombining the regions of sool and sanaag as a Khatumo state will not be easy.

Puntland Professor Abdiweli Mohamed Ali Gaas, who is also a Somali-American has returned back urgently to the capital Gorowe from Bossaso, because of the news about Khatumo State.

The president and this delegation led by Ambassador Mohamed Al-Othman has discussed several issues including the issues of Ali Khalif Glaydh, newly president of Khatumo State.

The first time elected president of Khatumo State, Ali Khalif held several governmental posts since 1980s; The former minister of Siad barre and he once served as the Prime Minister of Somalia of the transitional national government early in 2000.
The election of former Siad barre minister came following tensions between Khatumo and and another former Siad Barre’s minister who is the leader of Somaliland over the control of Sool and Sanaag regions of Somaliland.

Puntland and Somaliland administrations have battled for control over Sool and Sanaag regions since 2002, without recognizing the legitimacy of Khatumo. 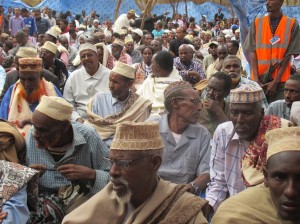