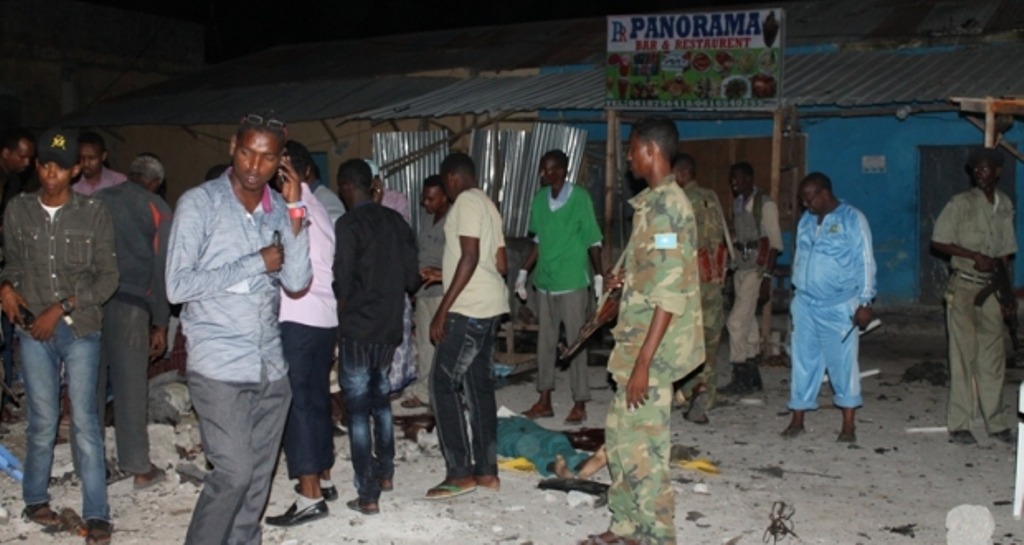 Mogadishu (HAN) October 16, 2014 – Regional safety and security news. In Mogadishu again, at least four people were killed and several wounded when a car bomb exploded near several restaurants on a busy street in the Somali capital on Wednesday evening, witnesses said.

“I’ve seen four dead bodies,” said a Reuters witness standing near a tea shop and a pharmacy damaged by the blast.

There was no immediate claim of responsibility, but the Islamist militant group Al-Shabaab has frequently set off bombs and launched gun attacks in Mogadishu. It promised more attacks after it lost control of a major coastal stronghold this month.

“We heard a huge blast followed by gunfire,” said Ahmed Idris who was near the Village Market restaurant close to the blast. “I could see ambulances arriving and carrying people but I do not know how many died or were injured.”

The eyewitness said several mortar shells landed in the area just before the car blast.