MOGADISHU – The Federal Republic of Somalia and the Republic of Turkey have agreed to intensify the already growing trade investment cooperation between the two nations.

The commitment was made during a meeting between Somalia’s Minister for Planning, Investment and Economic Development Gamal Mohamed Hassan and Turkish ambassador Mehmet Yilmaz in Mogadishu.

The meeting at the Ministry of planning headquarters was also attended by the director of Somalia Investment Promotion Office, Mohamed Dubow.

The SomInvest office was initiated by the ministry to boost the economy in the ongoing reforms.

“Invest in Somalia office in Istanbul will play a key role in the promotion and facilitation of Turkish investment flow to Somalia, Turkey remains the largest foreign investor in Somalia with a key interest in construction, hospitality, agriculture, health & aviation.” The Ministry said.

On his part, the Turkish envoy pledged to strengthen the diplomatic ties between Ankara and Mogadishu rejuvenated by growing business interest between the two entrepreneurship people and governments.

“Pleased to visit H.E Gamal Mohamed Hassan, Minister of Planning, Investment and Economic Development of the Federal Republic of Somalia. We discussed promoting reciprocal investments and strengthening the cooperation between Turkey and Somalia business people.” The embassy assured. 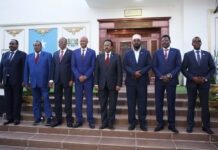 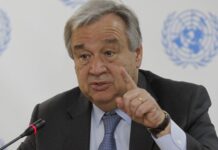