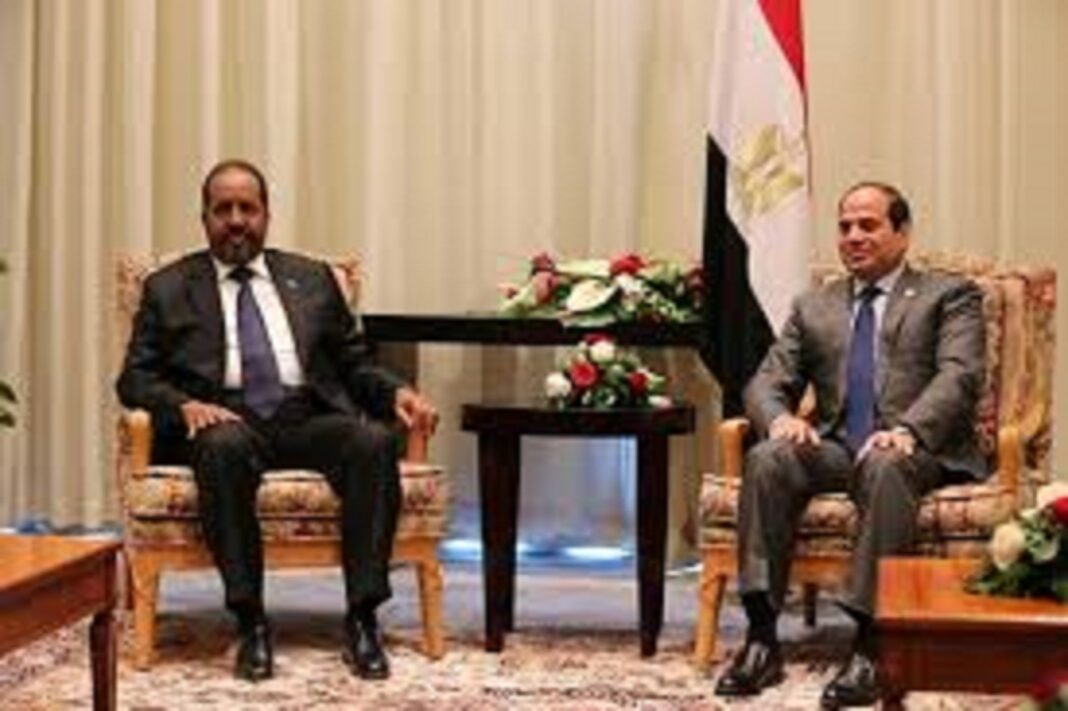 Sharm El-Sheikh (HAN) March 16, 2015 – Regional Security and Critical Infrastructure Investment Goals. The Egyptian President Abdel Fattah al-Sisi has announced plans to replace Cairo with a new city built to its east, while President of Somalia Hassan Sheikh after meeting with President Al-Sisi, is planning as well  to built a new Somali capital city.  According to the World Bank official in Sharm El-Sheikh said, “the new Somali capital-Mogadishu is very exciting and it is a indeed great move to both private and public sectors in Somalia.”

Somalia President Hassan Sheikh Mohamud has met with his Egyptian counterpart Abdel Fattah Al-Sisi in Sharm Al Sheikh on Sunday. Both Arab leaders delighted the idea to built a new capital city. The Somali reporters are waiting the Somali president to elaborate that idea,  to built a new Somali capital city,  Mogadishu.

In Egypt, the new capital city will be about the size of Singapore, with an airport larger than Heathrow. Include 2,000 schools and colleges and more than 600 health care facilities.

The Egyptian parliament and its government departments and ministries, as well as foreign embassies, would move to the new metropolis.
14 March 2015 – The Egyptian government has announced plans to build a new capital to the east of the present one, Cairo.
Housing Minister Mostafa Madbouly said the project would cost $45bn (£30bn) and take five to seven years to complete.

He said the aim was to ease congestion and overpopulation in Cairo over the next 40 years. The announcement was made at an investment conference that aims to revive the Egyptian economy.

The gathering, in the Red Sea resort of Sharm el-Sheikh, has attracted pledges worth $12bn (£8bn) in aid and investment from Kuwait, Saudi Arabia and the United Arab Emirates.
Mr Madbouly said the population of greater Cairo, estimated at about 18 million, was expected to double within 40 years.
Developers say the new city – the name of which has not been revealed – would include almost 2,000 schools and colleges and more than 600 health care facilities. They say the project will create more than a million jobs.
It is planned to be built over 700 sq km (270 sq miles) and house about five million residents.

Planners say the proposed city’s site “is situated along the corridor between Cairo and the Red Sea, providing linkages to significant shipping routes.

It will be built by Capital City Partners, a private real estate investment fund led by Emirati Mohamed Alabbar. Dubai businessman Mr Alabbar built the world’s tallest building, the Burj Khalifa.
The move follows those of a number of other countries, including Brazil and Nigeria, that have shifted their capital cities.