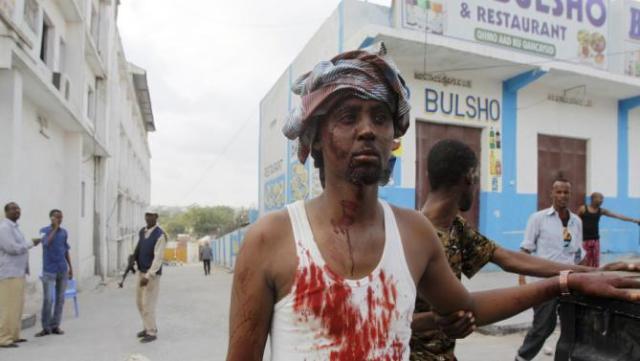 The death toll from Al-Shabaab attack on a Mecca Hotel in Mogadishu rose to 17, security sources told Geeska Afrika Online, and ended the overnight siege at the Hotel.

Security personnel, led by a unit from the elite U.S.-trained special Security “Gaashaan” stormed the Mecca Hotel on Friday evening and fought the attackers into Saturday.

“At least 17 people died including an elite Somali ambassador to Geneva, Baribari, and at least 20 others were wounded,” Colonel Farah Aden, a senior police officer at the scene, told Reuters.

“Those who died include civilians, hotel guards and government soldiers.”

Sheikh Ali Mahamud Rage, Al-Shabaab’s spokesman, said in an emailed statement that some of its fighters had died in the attack, while those remaining had left the hotel, and were threatening more violence.