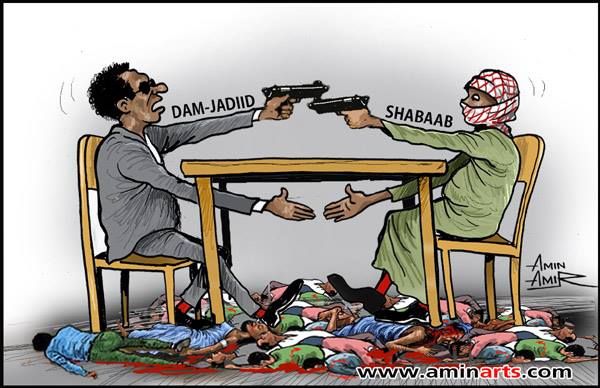 Feisal Omar Guled said the resignation of the national security minister was not enough. “It is not something that will satisfy us and we are not satisfied,” he said.  Other sources commented AMISOM should not be blamed for any neglect in a local security.

The Somali MP asked the federal government to assess the roles of AMISOM in keeping the security,  their real mandate and  their presence role  in Somalia.

“The police and intelligence chiefs have to be held accountable. Clear evidence has to be found for why several important government centers have been attacked by Al-Shabaab with ease such as the presidential palace, the headquarters of the court and the UN complex for which no official evidence was produced,” he said.

Dahair Aways Call: One of the backbone of Al-shabaab, Hassan Dahir Aways who has been under house arrest since January, released an audio message last week criticizing al-Shabaab for targeting Somali civilians and claiming that the country is under Ethiopia and foreign forces  occupation; which may ignite this attack to respond his militant call.

AMISOM and UN officials: The attack received widespread condemnation from Somali, who also praised the Somali  security forces for their swift response.

“The terrorists have once again shown today that they are an enemy to the Somali people and the nation by continuing to kill our innocent brothers and sisters,” Prime Minister Ahmed said. “These cowardly actions have no basis in our religion of Islam.”

“The military operations that the national armed forces and AMISOM are engaged in against these enemies of peace will be doubled down so that the enemies of the people of Somalia will be eliminated nationwide,” he said.

“These attacks show that al-Shabaab simply do not care about the plight of innocent Somalis,” said Special Representative of the Chairperson of the African Union Commission for Somalia, Ambassador Mahamat Saleh Annadif.

“Yet again they are bent on their own selfish purpose and show no respect for the well-being of ordinary people. And the failure of their attack once again evidences the futility of their actions.”

UN Special Representative to Somalia Nicholas Kay said he was “appalled” by the attack.

Kay commended “the prompt action by the Somalia national security forces and AMISOM in responding to the incident” and said the UN would continue to support the Somali people and government.

The Speaker of Federal Somali Parliament Mohamed Osman Jawari said, “These enemies will never derail us from our twin goals of achieving peace and progress in Somalia: two brave goals, which though they may fight against, they will never have victory.”