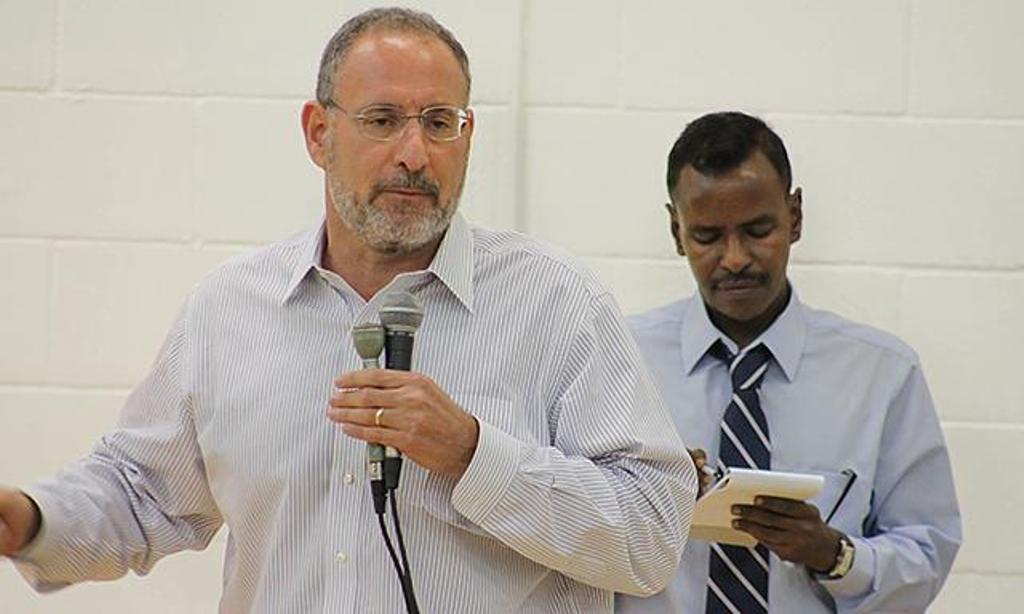 Minneapolis (HAN) November 25, 2014 – Public diplomacy and Regional Security and safety News. By Paul Mcenroe (Star Tribune) and Geeska Africa Online security Editor. The American Muslim leaders have been advocating a concerted public effort, others worry about a backlash to a high-profile approach. The U.S. Department of Justice has announced that the it is participating in a yearlong pilot project aimed to engage at-risk communities to combat recruitment of Muslim youth, specially Somalis in America.


In an effort to parry terrorist recruitment of Twin Cities Somali youth, the U.S. Attorney in Minnesota said Monday that he will lobby White House officials to create jobs and expand youth programs that combat the root causes of extremism.

“It’s my task to investigate and prosecute those who recruited the youth to go over to Syria,” Luger told a crowd of more than 60 people at the Brian Coyle Community Center in Minneapolis. “And I want you to know this is not an attack on the Somali community.”

At a closed-door briefing with nearly 50 local Somali leaders, U.S. Attorney Andy Luger outlined a campaign to re-engage the community with employers, law enforcement agencies, schools and social service organizations. Luger said he hopes to take the proposals — gathered over months of listening sessions with community leaders — to Washington early next month.

“It’s time for the community to work with government to address the root causes of radicalism,” Luger said in remarks before the briefing. “This is not about gathering intelligence, or expanding surveillance. We want to ‘prevent’ — so that we’re not back in this same room five or 10 years from now addressing the same issues.”

Minnesota’s Somali community, numbering more than 30,000, is the nation’s largest. Since the beginning of this year, nearly a dozen young Somalis have departed the Twin Cities and left word that they are fighting with terrorists aligned with the Islamic State of Iraq and the Levant (ISIL).

Federal authorities say the radical group has used online networking and sophisticated video productions in a recruiting effort aimed specifically at Somalis in the Twin Cities. It included offers to pay for flights and assurances that recruits will be moved through an underground network to fight on the front lines in Syria and Iraq.

In 2007-08, about two dozen Somali teens and young adults left Minnesota in two waves to join up with Al-Shabab, an Al-Qaida affiliate in Somalia.

While Somali leaders and affected families in Minnesota have decried the recruiting, they argue that alienation and a lack of jobs are partly to blame.

The one-year pilot program — labeled Building Community Resiliency — will include job creation and after-school activities and is likely to cost millions. The Obama administration has targeted Boston and Los Angeles for similar pilot programs aimed at other minority communities with strong ties to the Middle East.

Job creation is likely going to be a key marker, community leaders say. Minnesota’s demographers estimate that only 49 percent of the Somali-born population between the ages of 16 and 64 are working, based on survey averages from 2007 to 2011. In addition, among the men in Minnesota’s five largest immigrant and refugee groups, Somali men of working age were most likely to struggle to find employment, demographers found.

Luger said a second, immediate issue is assuring Somalis that their personal freedoms will be respected even as federal authorities protect national security, especially at the Minneapolis-St. Paul International Airport.

Somalis have complained vigorously to Luger about racial profiling when they fly out of the Twin Cities. Describing it as a “serious and recurring problem,” Luger has vowed to work with the U.S. Department of Homeland Security to end such practices.

Just two weeks ago, Somali leaders in Minneapolis met with Secretary of Homeland Security Jeh Johnson, telling him that they preferred to drive hundreds of miles to Chicago rather than being repeatedly stopped and questioned for little reason at the Twin Cities airport.