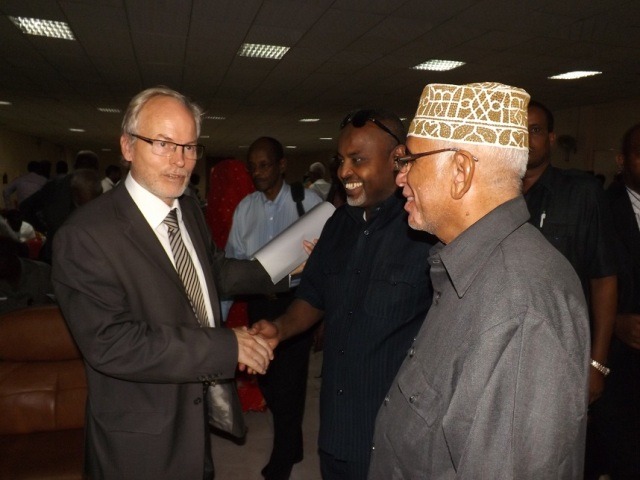 the assassination of Isaak Mohamed Rino, a  Member of the Somalia’s Federal Parliament. Following the attack the Federal Government called for a full investigation and for the perpetrators to be brought to justice.

His Excellency Rino was murdered in downtown Mogadishu when an improvised explosive device planted in his vehicle detonated. Another parliamentarian, Mr. Mohamed Ali and several civilians were reported to have

been injured in the incident.

“I condemn this murder in the strongest terms. There must be a full investigation of this terrorist attack and the perpetrators brought to justice swiftly,” SRSG Kay said.

SRSG Kay offers his sincere condolences to the family and friends of Mr. Rino, as well as to the Federal Parliament of Somalia, and wishes a quick recovery for Mr Ali, as well as the civilians who were injured
Despite wave of attacks including car bombings, planned assasinations and military style ambushes by Al Qaeda linked Al Shabaab militants, no group claimed responsibility for the deadly explosion.

Another lawmaker Mohamud Ali Dhuuh and a bystander were also injured. Security forces arrived at the scene of the attack, cordoning off the nearby main roads for investigations.

Federal Government of Somalia’s President Hassan Shiekh Mohamud expressed his heartfelt condolence over the assassination of MP Riino and wished confort and swift recovery to his colleague. Sources: UNSOM Press