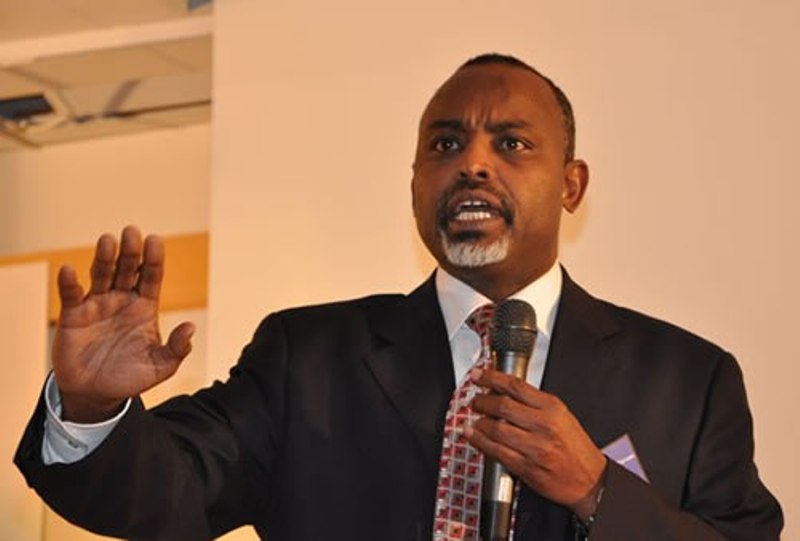 London (HAN) July 5, 2014 – BBC HARDTALK, Tim Franks Interviewed  to Mohamoud Nour (Tarsan), ex-Mayor of Mogadishu. First Broadcasted on Jul 3rd, 2014. The former mayor of Mogadishu, Mohamoud Nur Tarsan has defended comments he made earlier this year that members of Islamist militant group al-Shabab should be “eliminated on the spot,” rather than arrested. The comments were made after bombings in the capital targeted government officials. “They deserve to die because they kill innocent civilians,” he said. “They don’t discriminate the military and the civilians. They don’t discriminate the women and the children from other people.” Mr Nur added that young people at risk of being drawn into the group need to be given opportunities, jobs and training to steer them away from extremism. Related Link : BBC HARDTALK

The Federal Minister of Information in Somalia said: “I was therefore surprised to hear Tarzan, the former Mayor of Mogadishu, say to Tim Franks on BBC HARDTalk: ‘I organized a rally against Al-Al-Shabaab, and when I speak about the atrocities they are committing, those al-Shabaab, the Minister of Information called me and he was my friend from London also, he said you are putting yourself on the spot, you putting yourself to a dangerous position.’ I would like to state that very clearly that I never had such a conversation with the former Mayor of Mogadishu and I don’t know why he said this. Therefore, I would like to request Tarzan to clarify his statement in order to put the record straight.”

The federal Minister of Information   Mustafa Dhxulow, also added his remarks: “The former Mayor of Mogadishu and I are on good terms, and I believe that this was a slip of the tongue on his part or that he meant someone else other than me. When I became Minister of Information, Tarzan was offered ministerial position but we never worked together as Minister and as Mayor. Since the former Mayor of Mogadishu made public statement via BBC HARDtalk, it is appropriate and legitimate to ask him to clarify the statement in public to set the record straight.”