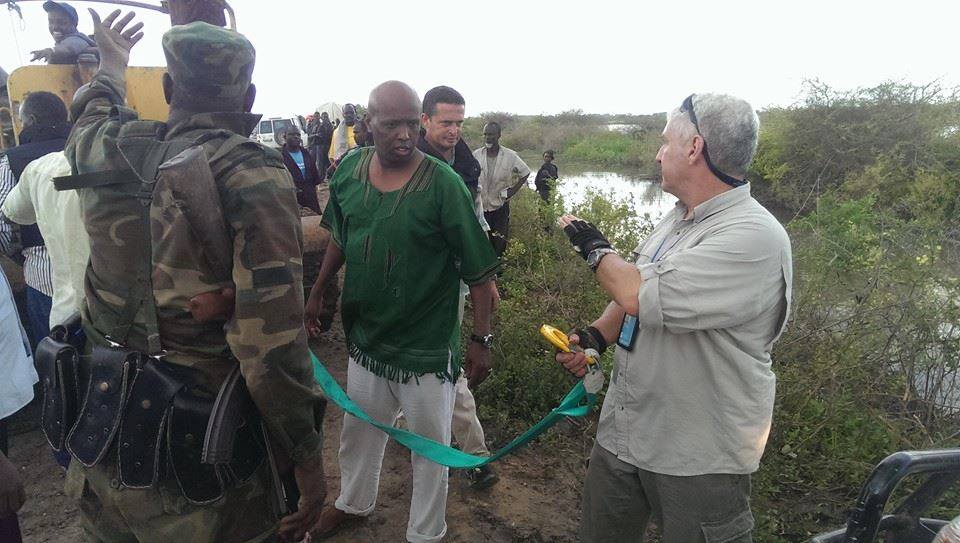 Mogadishu (HAN) May 30, 2014.   Somalia’s National Intelligence Agency (NSS) presented the media with pictures of an Al-Shabaab-linked journalist arrested by security forces in one of local Mogadishu district.

The Al-Shabaab Assassins Mohamed Qassim Ahmed, who was arrested last week admitted to working for Al-Shabaab’s Radio Andalus in Kismayo between 2009 and 2010, and later joining al-Shabaab’s media production arm al-Kataib in 2011.

the Assassin Ahmed and his accomplice Farhan Maalin are accused of taking part in the killing of two lawmakers in Hamar Weyne and Dharkanley last month.

Al-Shabaab Photo journalist  Farhan Maalin, who was arrested in the same operation, died after jumping out of the window of the security forces’ vehicle.

Security Issues: The Prime minister of Somalia Abdiweli Sheik Ahmed has appointed temporarily defence Minister Mohamed Sheik Hassan Hamud to embrace the responsibility of National and Local  security matters.
The appointment is mainly intended to cover the gap until Somali Prime Minister Abdiweli Sheik Ahmed can name a successor to the position.
“The Somali defense minister will be responsible for maintaining National security matters before I will announce the new national security minister and we are very hopeful that he will deal with all matters relating to the country’s National security” the Somali  Prime minister concluded his short media briefing.
SONA: Somalia’s information minister, Mustaf Dhuhulow, has urged local and international journalists to take care of their local security during the government’s campaign against the militant Somali Islamist group Al-Shabaab.

In Kenya: Joseph Kaguthi , the chairman of national Taskforce on Community Policing urged Kenyan media owners to be patriotic. He said highlighting stories on al Shabaab attacks is not fair to Kenyans and the country. Kaguthi said media houses should avoid negative publicity for Kenya.

Joseph Kaguthi said such publicity serves the interest on “our enermies”. Kaguthi said every Kenyan knows our soldiers are fighting terrorists in Somalia and the war must be supported by the media. He was speaking at a public baraza in Tiwi market on Tuesday. Kaguthi toured Kwale and Kilifi counties.

Joseph was responding to media reports on two KDF soldiers killed in Lamu by al Shabaab militants. “If your country is at war and you are not supporting it that means you are against it so please let us be patriotic and support our nation,” Kaguthi said.

Photo: Briefing Members of the Security Council,Nicholas Kay, Special Representative of the Secretary-General (SRSG) for Somalia visit to Jawhar (Photo with his team): The period between now and my next briefing to you, he said,  will be a testing time for Somalia.  ” I remain confident that its leaders and institutions will rise to the challenge and international partners will continue and enhance their support in equal measure. But we should not ignore the dangers.”

I  am proud of the collective efforts being made by Somalia’s friends in IGAD, the African Union, European Union, the League of Arab States and the UN. They all do so at some personal risk. I pay tribute to those who have lost their lives in this endeavour, as we saw again when two UN Office on Drugs and Crime colleagues were tragically killed in April. Building peace comes at a price, but as we all recognise failure is a cost we cannot afford. I thank the Council for its unwavering support and for its decision to visit Somalia later this year.