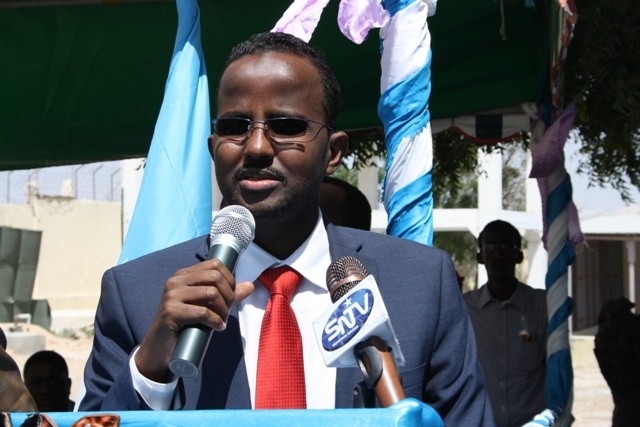 Galmudug (HAN) June 18, 2015 – Regional Security briefing News. The Somali terror group call Al-Shabaab have claimed responsibility for Thursday morning’s attack on the venue of the Adaado conference. Speaking to pro Al-Shabaab media, spokesman Sheikh Abdiaziz Abu Musab said that they were behind the attack and the mission was successful as several members of the Ethiopian forces guarding the venue were killed.

Central Somalia communities for adopting the Charter and the founding of New Central Regional States of Somalia. The dream of Central Somalia communities has come true as a new Federal State is evident in the Central Regions, Thanks to His Excellency, Abdurahman M. Husein Odowaa, the Minister of Interior and Federal Affairs for his tireless effort to make this happen.

The terrorist claims were however refuted by the Federal government’s security ministry in Mogadishu which said it was only the attackers that perished in the incident and the strategy of the regional conference is achieving its objectives.

The spokeswomen of the the conference Halima-Yarey confirmed that all the regional tribal  delegates and security forces guarding the area were safe to continue their daily tasks. The militant attack confirms intelligence reports that the militants were planning increased attacks in the Holy month of Ramadan which began today, to disrupt federal government’s strategy to facilitate “Regional administrations”. In attendance was the federal government interior minister Odowa.

Comments from Abdi Hosh (MP): Yaah, for real!!! What elections may I ask? and has Al-shabaab become a convenient fundraising prop?. This is very distasteful as there are other legitimate ways to solicit funds. Shame on you Nicholas Kay.

Abdi Hosh (MP): To state that Al-shabaab wants to disrupt the elections of next year (responding to Nicholas Kay comments) is just a hype because there can not be elections next year and Kay knows that and admits as much these days even public, but he is appealing to the donors by connecting Al-shabaab with the “noble democratic ideals” of elections, which is really a ” valuable brand” in so far as raising money.