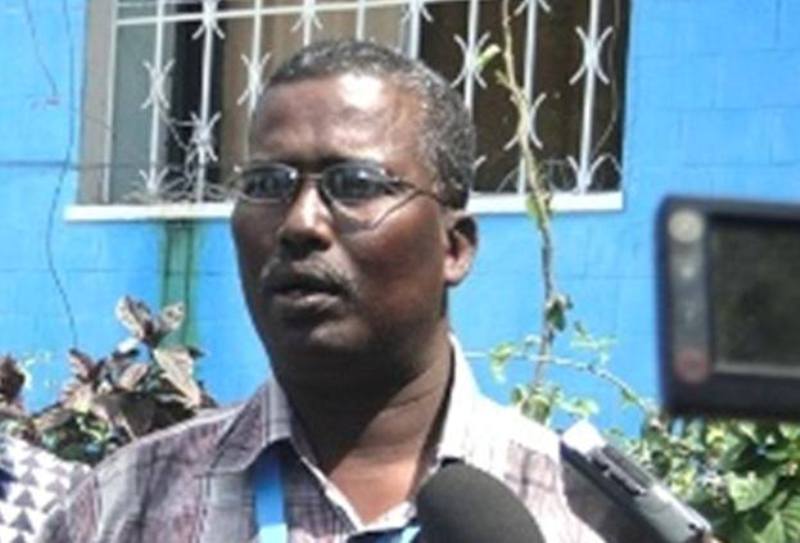 The government revealed it arrested the man, Hassan Muhiyadin Hassan, after he was slightly injured in the attack.

In an interview with government-run Somali National Television (SNTV) on July 10th, Hassan, who worked for Hormuud Telecom’s base transmitter station at Villa Somalia, admitted to having worked for al-Shabaab for almost two years.

Hassan told SNTV that he helped gather information on potential al-Shabaab targets in Mogadishu, such as hotels and government buildings, and he gave information to al-Shabaab regarding the losses sustained by the government whenever al-Shabaab carried out a terrorist attack.

Hassan said he was recruited by his brother-in-law, Abdirasaq Said Ibrahim, who he knew was a member of al-Shabaab.

“He started calling me a year and half ago asking me to help them. I explained [to him] I work for a company and that I could not do that type of job,” Hassan said.

Abdirasaq told me the job was not as I may have imagined. He told me ‘we are only going to talk on the phone, you are not going to do anything else for me,'” Hassan said, adding that he agreed but requested to only be contacted by his brother-in-law.

Revealing the informal way al-Shabaab was able to garner small bits of information he said, “It was normal to be asked about an individual, but there was not a daily report I submitted.” The Minister of Defence was one of the government officials al-Shabaab was attempting to collect information on, he said.

While admitting he provided information before the attacks on Maka al-Mukarama Hotel and Oriental Hotel, Hassan denied he knew about al-Shabaab’s plans beforehand. “Those people do not tell you their objective, they keep that to themselves,” he said. “They simply ask you to go to check out a place. Once you go there, you report what you see.”

Hassan said al-Shabaab paid half of his car’s payment — the one used in the attack at Villa Somalia — and would pay him $200 sporadically. 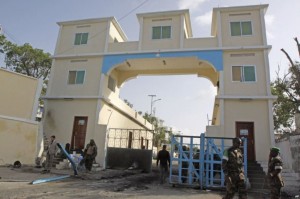 Lessons to be learned

Hassan’s account shows al-Shabaab’s simple yet effective way of getting information and reveals it is a step ahead of the Somali government’s intelligence services, said Hassan Sheikh Ali, a Mogadishu-based security analyst.

“The war starts with information. If you have information on the people you are fighting with, you will win the war you are engaged in,” Ali told Sabahi.

“The person who provides intelligence is more dangerous than the armed person who carries out the attack,” he said, adding that the government has made itself vulnerable because too many people with critical access are not adequately vetted and can be targeted by al-Shabaab for recruitment.

He urged agencies to immediately review the backgrounds of every individual with access to government sites.

Security agencies should also take a page from al-Shabaab’s playbook and find ways to infiltrate the militant group’s network, he said.

“Like al-Shabaab, security agencies must also employ and receive information from within al-Shabaab,” Ali said, adding that the government should make it a priority to invest more money into building and sustaining a network of al-Shabaab informants.

Government employees must be vetted

“Government employees have not been vetted and have been employed based on clan, and now al-Shabaab has infiltrated them,” he told Sabahi. “Therefore, these men, the government leaders, cannot secure the city at all.”

“The top leaders do not even have the awareness to recognise al-Shabaab if they are passing right by them because the intelligence service is not built in a way that leads to such an understanding,” he said.

Galal expressed concern that other government agencies could have employees who have relationships with al-Shabaab.

“Everything is possible because government employees have not been vetted,” he said.

He said security and intelligence forces should gather information “on every government employee”, adding that it was important to render the public active participants in all aspects of security, including intelligence gathering and facilitating security operations.

‘The attacks have demoralised us’

Ahmed Jama Ahmed, head of employee training at Somalia Airlines during the Mohamed Siad Barre regime, said it was reprehensible that an employee working inside the Villa Somalia compound was involved in the attack.

“It is not normal to have two al-Shabaab attacks on the presidential compound [when] the government has taken responsibility for the nation’s security and assured people it would implement its new [security] programme, called ‘Break Your Fast in Peace,’” he told Sabahi.

“[The attacks] have demoralised us and made us believe that stability cannot be expected tomorrow or the day after,” he added.

“We need a government and we need peace. We do not need terrorism,” he said. “However, the question is: How can we trust this government to provide for our needs?”