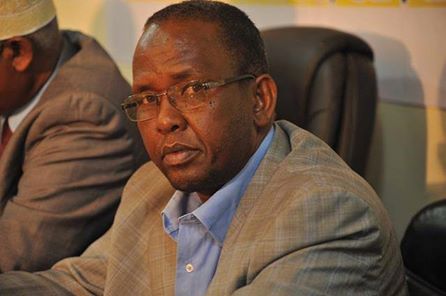 According to the district head of Somalia National security agency Mahad Roble.

“He surrendered to a police station in Galgaduud and the police handed over him to the Somali National Army,”

“He is an important defector and was behind most of the bombing we have witnessed in Somalia,” he suggested.

The senior militant was identified as Abdullahi Ahmed Muhumed and described as a bomb expert trained by Al-Qaeda in the Arabian Peninsula, Yemen.

He was said to be a top official at Al-Shabaab’s Amniyat Unit which deals with intelligence gathering and suicide bomb training and recruitment,

“He is now ready to help the government fight the terrorists”

Muhumed is expected to be flown to the capital Mogadishu for interrogation by the Somalia intelligence.

Al-Shabaab, which has launched an insurgency against the Somali government in recent years, has recently suffered several significant blows, losing most of its strongholds in southern and central Somalia to government and African Union troops.

However, the group has continued to launch deadly attacks on government officials and security troops.

Photo: His Technics assassinated a lot of Somali academics and officials. Abdishakur Mire was killed in the Febury 20, 2015 -suicide attacks on Central Hotel in Mogadishu, Somalia