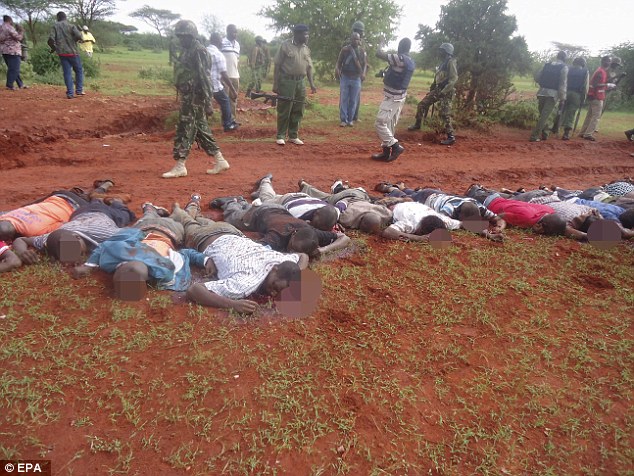 Niarobi (HAN) November 23, 2014 – Public diplomacy and Regional Security and safety news.  The Al-Shabaab claimed responsibility for the attack through the Terrorist radio station in Southern Somalia, saying it was in retaliation for recent raids by Kenyan forces on four mosques in Mombasa.

Gunmen from Somalia’s Islamist insurgent group, the Al-Shabaab, attacked a bus in northeastern Kenya on Saturday, singling out and killing 28 passengers who could not recite a Muslim declaration of faith, the Kenyan police said.

Kenya security forces are struggling to contain Al-Shabaab extremism linked terror within its borders. Since Monday, the Kenayan authorities have shut down four mosques in Mombasa after the police said they found explosives and a gun during raids of the sites
Kenyan Muslim leaders believe that the Kenyan security and police elemnts planted the weapons to justify closing the mosques, said Khelef Khalifa, chairman of the group Muslims for Human Rights. Sheikh Khalifa warned that the methods being used by the Kenyan government would actually increase support for Al-Shabaab extremists.