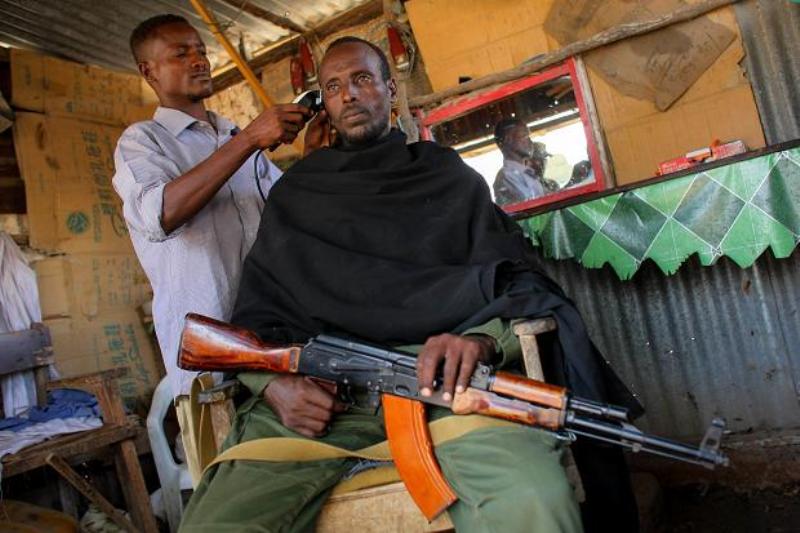 A Southern Somalia resident in Kismayo says Al-Shabaab has on Wednesday beheaded two local men near Somalia’s southern port city of Kismayo.
The Kismayo resident said speaking on condition of anonymity that two dead bodies with their head ripped off by Al-Shabaab fighters were found lying in an open area near the rebel-held environ of Abdulle-Biroole village which is located some 18Km west of Kismayo city, Southern Somalia.

Relatives and friends say the men have been missing for the last 48 hours after they were snatched from their houses in Abdulle-Biroole  village by Al-shabab militants who later decapitated them and dumped their headless bodies near the village on Wednesday morning.

Al-Shabaab leaders charged the executed victims to have been to spying for Kenyan defence forces and their allied clan-based militia group of Ras Kamboni in Kismayo, the provincial capital of Lower Jubba region.

The Al-Shabaab militants consider any Somali who works for Federal Somali government, Ethiopia, Amisom, Kenya or with the African Union as “apostates”.

Photo: A fighter of the pro-government Ras-Kimboni militia gets a haircut in the southern Somali port city of Kismayo