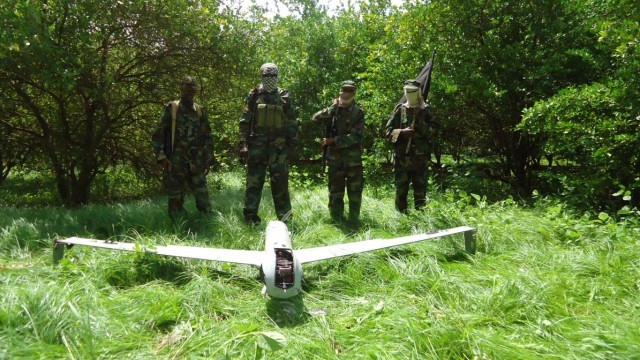 The drone is said to have been conducting a surveillance operation before it crashed.

Unites States military has been routinely carrying out airstrikes against Al shabaab in south and central Somalia over the past few years.

U.S. is said to be operating a secret drone base in Balli-Doogle an old Somali airforce base built by the former Soviet Union (USSR), where elite Somali forces are being trained by foreign military, including Americans, Europeans and others friendly military experts.