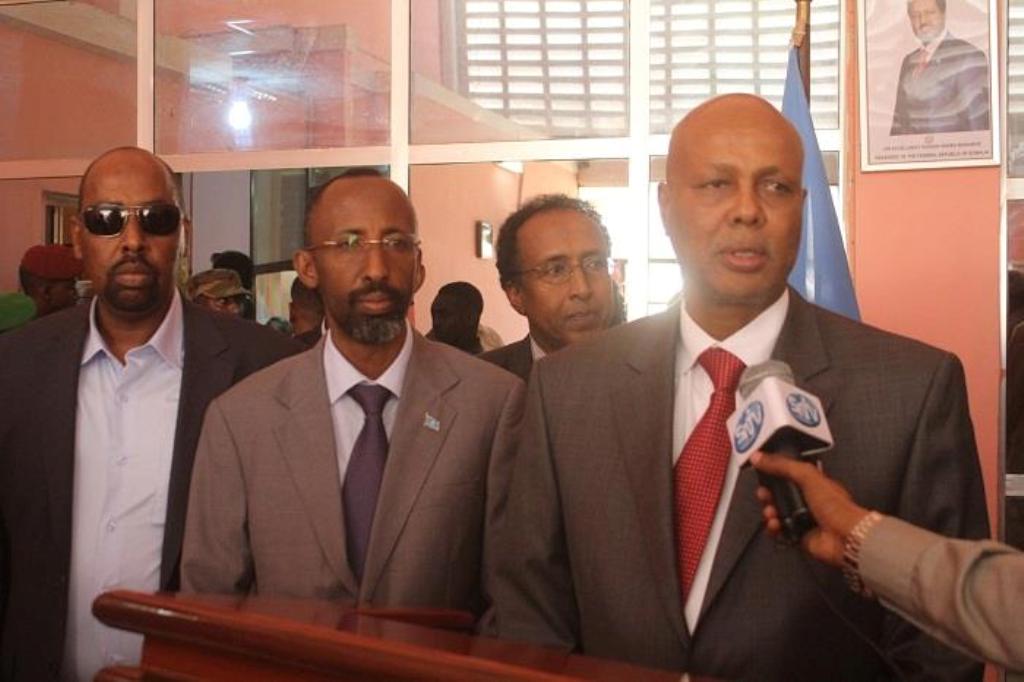 Mogadishu (HAN)September 26, 2014, Public Diplomacy and Human rights issues news. The Prime Minister of Somalia, Abdiweli Sheikh Ahmed: “Somalia adopts the Convention on the Rights of Child”. Nana Mouskouri, internationally acclaimed singer and humanitarian, was appointed a UNICEF Goodwill Ambassador in October 1993. “I always try to see things with children’s eyes,” she wrote in 1997. “Are they happy? Sad? What do they need?”

The Minister of Justice and Constitutional Affairs for the Federal Government of Somalia, Farah Sheikh Abdulkadir adopted the United Nations Convention on the Rights of the Child (UNCRC) which provides children protection under the International law.

Convention on the Rights of the Child : Adopted and opened for signature, ratification and accession by General Assembly resolution 44/25 of 20 November 1989
entry into force 2 September 1990, in accordance with article 49

The Prime Minister of Somalia, Abdiweli Sheikh Ahmed said: “It was more than ten years ago, more precisely on 9 May 2002 that Somalia initially signed the convention. In 2009 and more recently on 20 November 2013 last year, this Government committed to adopt and ratify the convention.

Bearing in mind that, as indicated in the Declaration of the Rights of the Child, “the child, by reason of his physical and mental immaturity, needs special safeguards and care, including appropriate legal protection, before as well as after birth”,

Recalling the provisions of the Declaration on Social and Legal Principles relating to the Protection and Welfare of Children, with Special Reference to Foster Placement and Adoption Nationally and Internationally; the United Nations Standard Minimum Rules for the Administration of Juvenile Justice (The Beijing Rules); and the Declaration on the Protection of Women and Children in Emergency and Armed Conflict, Recognizing that, in all countries in the world, there are children living in exceptionally difficult conditions, and that such children need special consideration,

Taking due account of the importance of the traditions and cultural values of each people for the protection and harmonious development of the child, Recognizing the importance of international co-operation for improving the living conditions of children in every country, in particular in the developing countries,

I am happy to announce that this Government has kept his promise to its children, to its people and to the world and will officially join the international community in protecting children rights as soon as the law is ratified by Parliament.”

The Prime Minister continued: “For the past 10 years Somalia’s young generation and children have been victims of violence and war. Many of them even spent their childhood in refugee camps or were taken away by force from their home to become child-soldiers.  Children have been at the forefront of my agenda. Our children are Somalia’s future we must invest in them. We must seriously commit to protecting them from war, sexual abuse or any kind of violence and we dedicated to ensure their full development though proper educations, sports and job programs. Somalia’s youth and children are the foundation on which this country will re-emerge as a secure, stable and, economically prosper nation.”

The United Nations Convention on the Rights of the Child (UNCRC) provides for the child-specific needs and rights and requires that states, act in the best interests of the child.

Photo: Somali Federal Government today signed an action plan to end the recruitment and use of children to arms conflict.

Read Full Report: UN Convention on the Rights of the Child