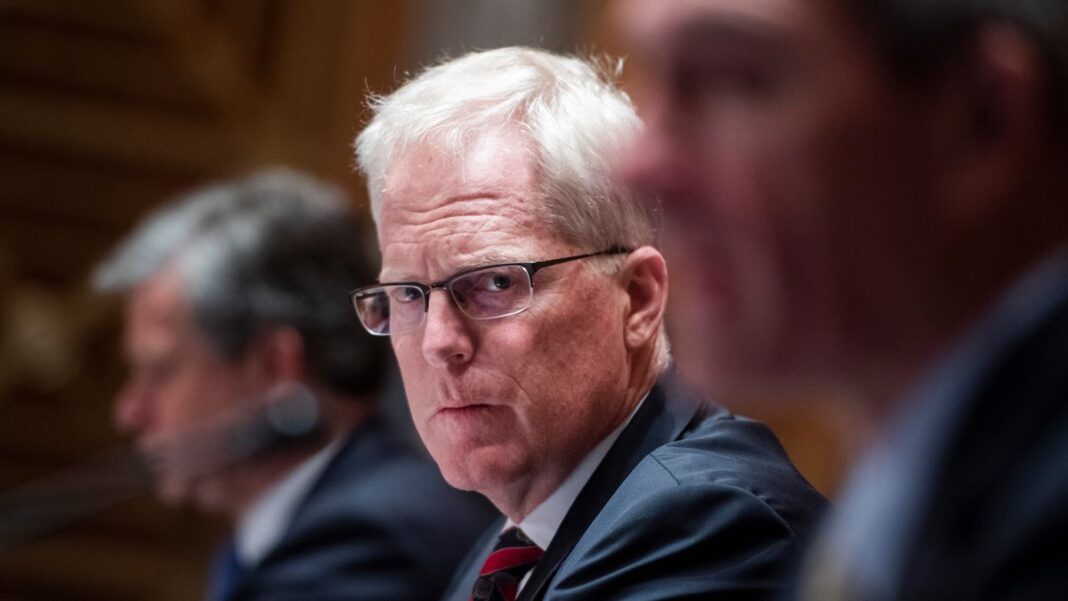 Share on Facebook
Tweet on Twitter
Djibouti (HAN) November 27.2020. Public Diplomacy and Regional Stability Initiatives News. Monitoring Regional Issues. Acting Secretary of Defense Christopher Miller made an unannounced visit to Somalia Friday, the first by an American defense secretary and the last stop in a four country swing on his first trip abroad since being installed as part of President Donald Trump’s post-election purge of top Pentagon officials.
Miller was only on the ground in the capital Mogadishu for a few hours, meeting with some of the US troops deployed there after traveling from the US military facility Camp Lemonnier in neighboring Djibouti.
While Pentagon officials say the purpose of the trip is to meet with troops during the Thanksgiving holiday, it comes amid reports that the Trump administration plans to remove nearly all of the roughly 700 US troops currently deployed in support of the counterterrorism campaign in Somalia, a drawdown that would be just the latest in a series of major military moves and troop withdrawals due to take place just days before President-elect Joe Biden takes the oath of office in January.
US troops in Somalia primarily train and advise local Somali forces as they battle al Qaeda’s largest affiliate Al-Shabaab.
The US military also carries out airstrikes against Al-Shabaab and the local ISIS affiliate in the country, killing a top al Shabaab leader in a targeted strike in September.
The Pentagon has yet to officially announce troop cuts in Somalia but defense officials tell CNN that major reductions are expected to take place in the coming days.
The proposed reduction in US support to the counterterrorism campaign in Somalia comes as the Pentagon Inspector General warned Wednesday that Somali forces are incapable of confronting the threat without US support.
“Despite many years of sustained Somali, US, and international counterterrorism pressure, the terrorist threat in East Africa is not degraded: Al-Shabaab retains freedom of movement in many parts of southern Somalia and has demonstrated an ability and intent to attack outside of the country, including targeting US interests,” the report said.
“Somalia’s security forces are unable to contain the threat from Al-Shabaab and ISIS-Somalia, which poses a smaller but still potent threat, without significant international support,” it added.
And Somalia remains violent. On Wednesday CNN reported that a CIA officer was killed in Somalia earlier this month.
Miller has said that one of his primary objectives for the Defense Department is to finish the fight against al Qaeda, a mission made more challenging by the continued presence of Al-Shabaab, the terror group’s largest affiliate, particularly with a reduced US military effort.
The report also said that the focus of the US military’s training effort in Somalia, the Danab Brigade, a light infantry force that has spearheaded the fight against Al-Shabaab, currently consists of only 945 soldiers, well below its authorized strength of 3,000. Pulling US forces from Somalia is bound to make training that unit even more difficult if not impossible.
The Trump administration pledged to train the Danab army in 2017 during an international conference in London.
While Al-Shabaab has been driven from Somalia’s major cities and towns, the group still has much influence in southern Somalia, carries out terrorist attacks in Mogadishu and commands some 5,000-10,000 fighters.

Prior to traveling to Somalia, Miller made unannounced visits to US military installations in neighboring Djibouti, as well as Bahrain and Qatar.
Defense officials tell CNN that Miller’s visit to the region is focused on visiting US troops deployed overseas during the Thanksgiving holiday, and not on any new policy initiatives.
“Miller will meet with service members to express his gratitude for their and their families’ selfless service to the Nation and to wish them a happy and healthy Thanksgiving holiday,” the Pentagon said in a statement announcing his trip to the region while not identifying any of the specific locations due to security concerns.
Djibouti hosts the largest US military installation in Africa and some 3,500 US troops are based there.
Some of the forces in Djibouti help support the counterterrorism campaign in neighboring Somalia and while there Miller met with the commander of US Africa Command, Gen. Stephen Townsend, who oversees all US forces on the continent.
Bahrain is host to the US Navy’s 5th fleet and Naval Forces Central Command which oversees naval operations in the Middle East and is comprised of some 20 ships and more than 7,000 US personnel.
Qatar houses some 8,500 US personnel at al Udeid air base which is home to US Air Forces Central Command which oversees US air operations in the region.
At all three locations, Miller, a former Army Special Forces officer, met with US troops and helped serve traditional Thanksgiving food in the installations’ dining facilities.
He also toured Naval vessels and spoke at length with soldiers, sailors and Air Force personnel, asking questions and telling jokes, seeming to adopt a more irreverent and jocular style compared to some of his predecessors.
Miller said the purpose of the visit was to “come out and show them a little love, show them some respect — thank them — because with this Covid-19, they’re not getting to go home. … So it’s really important for me in this position to get out and make the rounds.”
And although his first overseas trip is taking place during a presidential transition, during the trip Miller provided a written statement saying that despite his absence from Washington, he will ensure an the transition is effective.
“I will ensure there is an effective transition process because that is what the American people expect from national security professionals,” the statement said.