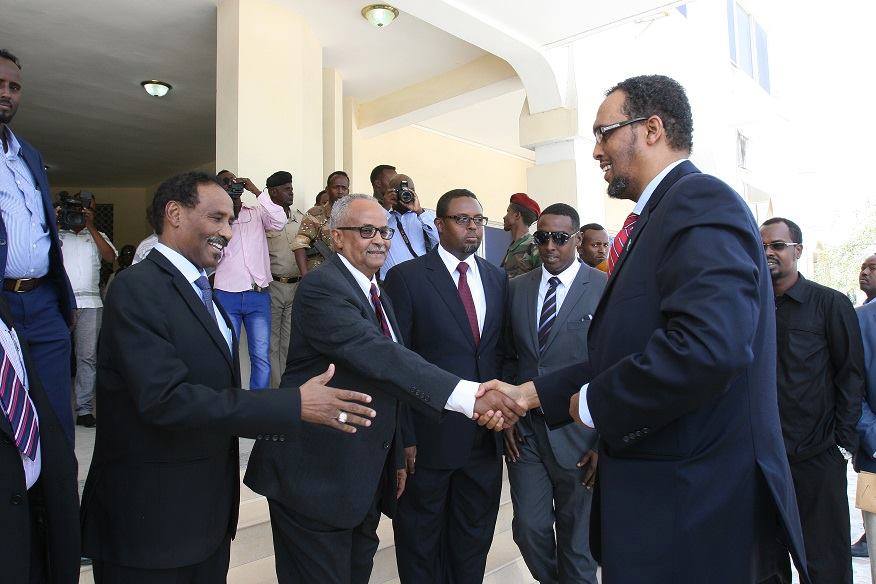 Somalia is at a critical juncture: Al Qaeda and its affiliate Al-Shabaab are on the back foot, thanks in large part to the critical support being given to our national security forces by partners such as the United States of America and our coalition partners on the ground.

The economy is rebounding with thousands of Somalians returning and making significant investments.

The foundation for Somalia’s recent economic and security gains are the members of its Diaspora, who work multiple jobs and send home whatever they can to support their loved ones. These remittances are also the lifeline of the Somali people. They account for more than Somalia receives in humanitarian and development assistance and foreign direct investment combined, and nearly half of our people depend on them to meet their most basic needs like food, shelter, healthcare and school fees.

The amount of remittances from the US alone runs in hundreds of millions of dollars, a significant portion of Somalia’s GDP. This remittance corridor is being threatened with a near-total closure this month as the principal American bank facilitating remittances to Somalia, Merchants Bank of California, closed the accounts of the Somali-American remittance companies. Big banks say transmitting funds to Somalia is not profitable enough to stomach the reputational risks involved; the smaller banks who have until recently filled the void say they are unable to bear the costs of compliance with US government regulation. Without bank accounts, remittance companies are unable to send money in a way that is transparent and secure, and soon may not be able to send money at all.

A perfectly legal and functioning industry critical to Somali livelihoods will soon be transformed into an unregulated, underground system that will that is highly susceptible to abuse and risks the survival of many of Somalia’s most vulnerable families. Somali remittance companies are a set of institutions of which we are immensely proud. Their affiliates in countries from which money is sent are owned by citizens of those countries. They are licensed and regulated by federal and state authorities; they pay taxes; and they send money not just to Somalia but to countries the world over – including some, like South Sudan, where they play a critical role in trying to avert famine. They have set up above-industry-standard compliance mechanisms with anti-money laundering and combating the financing of terrorism (AML/CFT) laws – a striking alternative to the underground networks that will surely take their place if they are forced to close.

While we hold out hope that these companies will soon be able to find alternative banking arrangements, no market solution appears to be in sight. Without urgent government intervention, this could result in an unparalleled catastrophe for millions of people in Somalia. In the long-term, the US government’s support of Somalia’s public financial management and financial regulation will help secure and diversify our financial inflows. In the medium-term, we would greatly appreciate assistance to set up a payment gateway in Somalia in order to facilitate the kind of unassailable transparency that banks and regulators desire.

Most importantly, we need the U.S. government to institute a stop-gap solution in order to avert the imminent crisis. While we greatly appreciate the U.S. government’s interest in a durable solution to this problem, in the short-term, our priorities now are ensuring the survival of our people and preventing al-Shabaab from gaining a foothold in the midst of its free-fall.

The free flow of remittances is nothing less than a national security priority for the Federal Republic of Somalia. President Hassan Sheikh Mohamud and all of my colleagues in the government stand ready to work with the competent authorities in the US to sustain the hard earned security and economic gains made in Somalia with the support of the US Government.