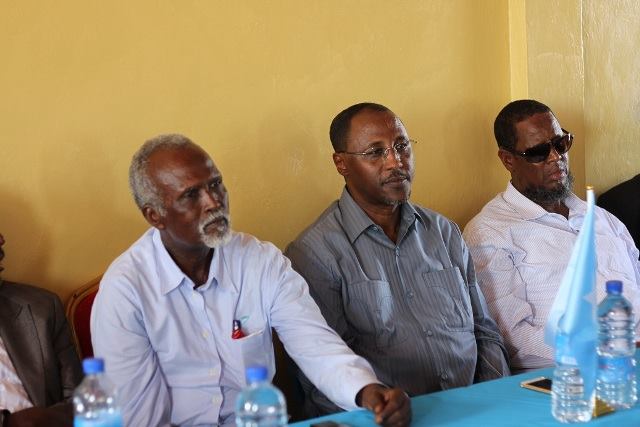 Mogadishu (HAN) May 5, 2015 – Public diplomacy and Regional Security and safety news. Residents of the Central Regions Province have been urged to be security conscious and embrace good governance practices. The former Minister of interior Abdikarim Hussein Guleed made the call while on a three-day tour of the province to mobilise area residents and local leaders on security and good governance. Abdikarim Hussein Guleed has declared his candidate for central State of Somalia after a well organized ceremony has been held in Adado town of central Somalia’s Galgadud region.

“The key to power, then, is the ability to judge who is best able to further your interests in all situations. Keep friends for friendship, but work with the skilled and competent.”  Abdikarim Guuled, The 48 laws of Professional leadership for regional security and sustainable development to empower Central Region’s Yearns  for Peace and progress

Abdikarim Guuled assured residents that his upcoming regional government is committed to supporting their development activities in agriculture, education, security and health among others.

The former interior and security minister hailed Cadaado city for what it has achieved in terms of development but urged residents to work harder, saying the journey is still long.

“Cadaado has a huge development potential but a lot still needs to be done,” Abdikarim Guuled  added his statement

Finally, Abdikarim Guuled urged residents to work closely with the security forces, defense forces and other security organs to uphold the regions’s internal security and stability.