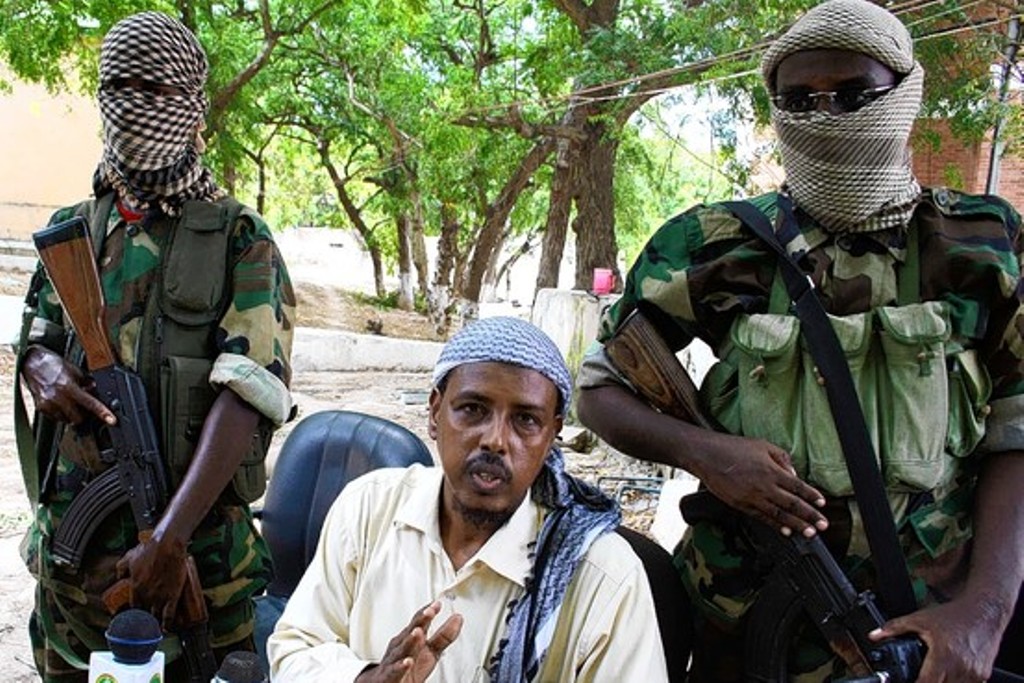 “Gurey said that Hersi was captured with his secretary. The general said Hersi, who had a pistol on him, did not put up any resistance during the raid.”

According to Geeska Afrika Online intelligence files, Al-Shabaab’s chief of intelligence Zakariye Ismail Ahmed Hersi and his unit has claimed responsibility for many car bombings in Mogadishu, Djibouti, Nairobi and Addis Ababa.

VOA Somali service interviewed General Abbas Ibrahim Gurey, the commander of Somali National Army (SNA) in Gedo region, and told VOA’s Somali service that “Somali regional authorities received a tip from members of the public that Al-Shabab suspects were hiding in a house in El-Wak”.  The VOA somali services says that Hersi was captured in a morning raid in the town of El Wak, near the Kenyan border.

The AP says: “The intelligence officer says he turned himself in to Somali police in the Gedo region. The officer said Hersi may have surrendered because he had a falling out with those loyal to Ahmed Abdi Godane, al-Shabab’s top leader who was killed in a U.S. airstrike earlier this year.”

Background: The U.S. Department of State named al-Shabaab a Foreign Terrorist Organization under Section 219 of the Immigration and Nationality Act (as amended) on February 26, 2008, and a Specially Designated Global Terrorist entity under Executive Order 13224 on February 29, 2008.