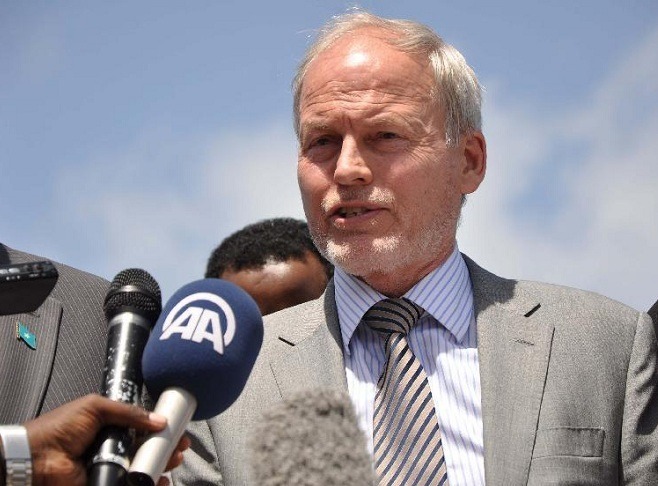 Thank you, Mr. President, Minister Simmonds, for hosting this session and thank you, Deputy Secretary-General Eliasson, for your briefing. I wish to welcome the presence of the deputy prime minister and minister of foreign affairs of Somalia as well. At the outset, we would like to take this opportunity to express appreciation to former SRSG Mahiga and the UN Political Office to Somalia for their contributions to Somalia’s progress.

Despite many tactical successes, al-Shabaab is not yet defeated. And there are others who wish to drag Somalia back into chaos. Recent terrorist attacks show that Mogadishu and many rural parts of Somalia are still vulnerable. We look to the Somali National Security Forces and AMISOM to continue their efforts to expand and maintain control over the country so that the Somali Government can improve governance and the rule of law. We applaud those regional actors who have played a positive role in supporting Somalia’s unity and sovereignty, especially in this days of President Hassan Sheikh’s administration.

Sources: HAN & Geeska Afrika Online (1985-2014), The oldest free independent Free Press in  the region, brings together top journalists from across the Horn of Africa. Including  Ethiopia, Somalia, Eritrea, Sudan, Djibouti, South Sudan, Uganda, Kenya, Oromo, Amhara,  Somali, Afar and Harari. Plus, we have daily translations from 150 major news organizations  in the Middle East and East African regions. Contact at news@geeskaafrika.com