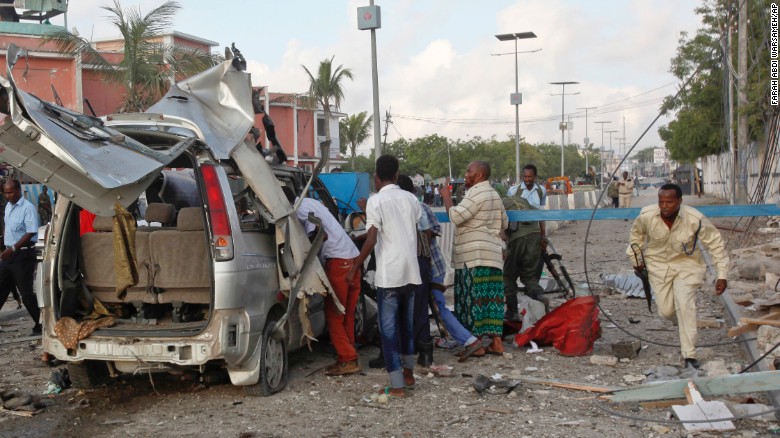 Mogadishu (HAN) November 1, 2015. Public Diplomacy & Regional Security News. The National Union of Somali Journalists (NUSOJ) is saddened to learn the terrible loss of life of a freelance journalist which another wounded , while covering the incident on Sunday morning November 1, 2015

Mustaf Cabdinur Safaana, a freelance cameraman was killed in the second car explosion during Sahafi attack in Mogadishu. A Reuters photographer, Feisal Omar, was slightly wounded.

“We were staying at the same place outside the Sahafi, when the bomb went off, while busy covering the attack on the hotel.” Mohamed Odowaa, who works for DPA said, “But, tragically, the explosion was a result of a car parked near us.”

The National Union of Somali Journalists (NUSOJ) condemns all attacks against the media and its personnel and urges the journalists to stay away from the scenes of bombing attacks for their safety. NUSOJ sends is condolences and sympathies to family, friends and colleagues of the freelance cameraman late Mustaf Cabdinur Safaana.

“We mourn the terrible loss of our Mustaf Cabdinur Safaana.” Mohamed Ibrahim, NUSOJ Secretary General said, “We send our deepest sympathies and condolences to the families and friends of the fallen journalist.”