Home frontpage Somalia: 56 anniversary of the Somali flag up 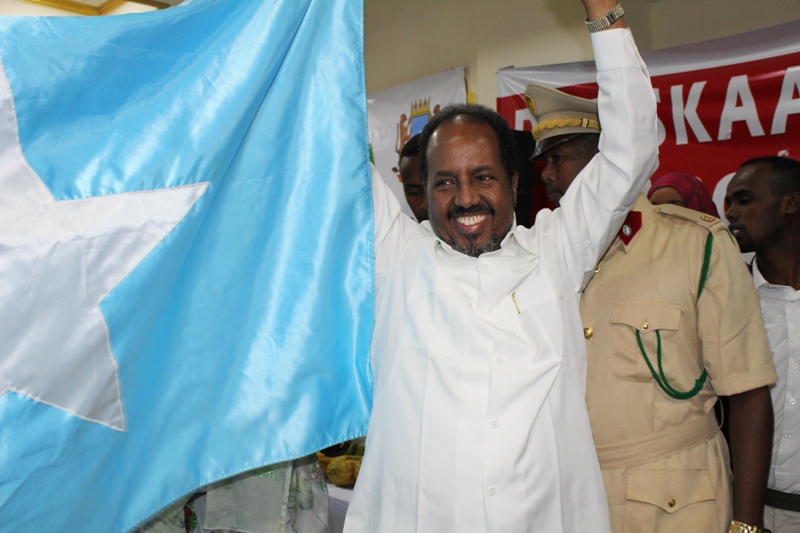 The event to be organized at a high level, the artists National artists today, is a forum for the presentation of literature on freedom of the week.

Ceremony to mark the 56 anniversary of the Somali flag up ground in Somalia, and North independence from colonial English is part of the Government of the Federal Republic of Somalia HE Hassan Sheikh Mohamud, Prime Minister and Deputy Ministers the federal government, members of both chambers of the state, officials of the armed forces, Banadir regional administration and respect for other guests.

General Mohamed remaining posts different from the central government in the event that the price sitting across Somalia.

Chairman of the Provincial Administration and the Mayor Yusuf Abdi Hussein and Minister of Information, Culture and Tourism Minister Mohamed Abdi Hayir managing the Dean event held at the General suggested that the community needs to work in national unity.

Deputy Prime Minister and Minister of Somalia Mohamed Omar Arte remaining, the Somali people have a message on the occasion of June 26.

President of the Federal Republic of Somalia HE Hassan Sheikh Mohamud has congratulated the Somali people first 56 anniversary of the North’s independence from the British colonial administration.

“Tonight and the importance of the event have been addressed, the deputy prime minister as he mahadsanyahay touched our history through this day, Sooamaaliya, 1960, the flag was hoisted alongside the other night is free joy is to celebrate, “he said.

The president said that Somali community to come up with a sufficient appreciation of the problem of the brothers in the north, and has been working on the unity of the nation.

“Something we went wrong, what has gone wrong to correct are ready, we do not want an error has occurred, again to come back, we are ready to work together for the unity of the nation,” said President and words mixed ” SOMALIA ISRAACDO HA, HA unified Somalia, Somalia NOOSHAHAYE but we have NOT merge and do not follow ”