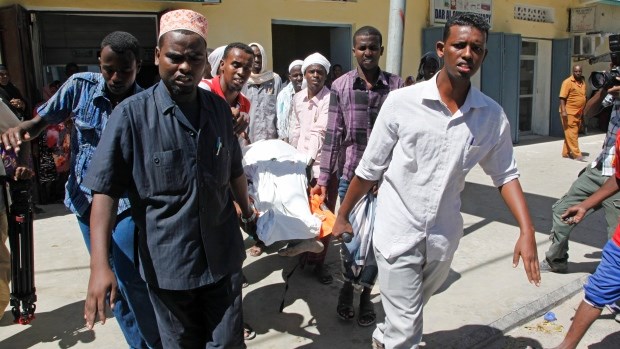 Police Capt. Mohamed Hussein said Thursday the mortars hit a residential area of the capital. The al-Shabab militant group, an al-Qaida affiliate, claimed the responsibility for the attack.

Al-Shabab is waging a guerrilla war after being pushed out by African Union peacekeeping forces from major Somali cities and towns it once occupied in 2008. The extremists routinely carry out attacks in Somalia and have launched attacks in countries that have contributed troops to the AU forces.