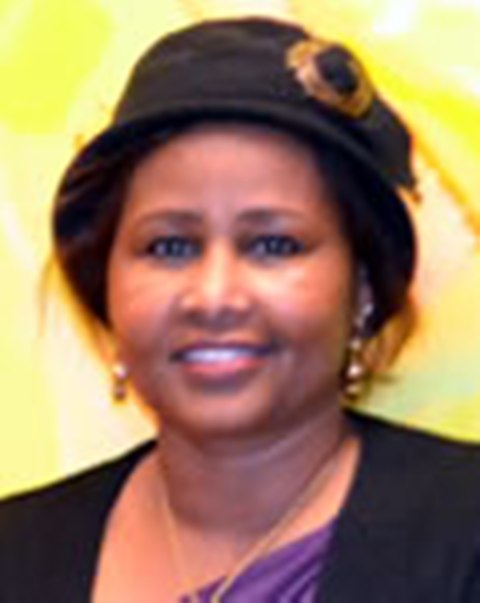 Somali Women’s Circle Network: Farhia is one of diligent Somali women advocate who strive for gender representation, women rights and equitable participation of women in Somali socio-economic and political development. Farhia is a co-founder of Somali Women’s Circle Network SWCN and member of its executive committee. She works for provincial, municipal government with over 10 years experience as Program Coordinator and Employment Specialist in Ottawa, Canada. Farhia has an extensive knowledge in working and counseling with youth, children and families in dire need of Employment and Financial Assistance. Farhia has been advocating and working with Somali women and youth in Diasporas and Somalia for more than 20 years. Farhia holds B.A. in Psychology, Certificates in Project Management, Facilitation, Conflict Resolution and MAIS-Master of Interdisciplinary Studies with concentration in (work and organizational leadership). Her interests include grass-root community work, volunteering, program development and role modeling. Farhia resides in Ottawa, Canada.

Federal national democratic election is not a new concept to Somalia politics. The country conducted last one person-one-vote democratic election in 1967. The cycle of free elections and democratic system of governance has ended with the assassination of President Abdirashid Ali Sharmarke, and the subsequent military coup d’état on October 21, 1969. The civil war in 1991 was the consequence of the military regime’s policies led by Mohamed Siad Bare. During the civil war, the country has gone through few transitional federal governments, leading up to the 2012 election of the current government and the end of the transitional government led by Sharif Sheik Ahmed. The current government was well received and recognized by the Somali people and the international community. Apparently, its term ends with a general election set to take place in 2016. Therefore, the government put forward a ‘vision 2016’ in order to develop a legitimate democratic process in the country. It is worth mentioning that majority of Somalis and in particular, those who were young or born during the civil war have not experienced a democratic system of government and have very little knowledge about government institutions.

Currently, the present Somalia government is under siege by Al-Shabaab, who repeatedly stage attacks that successfully penetrate the heart of the government seats, such as the presidential palace and the house of parliament. The government’s survival depends on more than twenty thousand African led peacekeeping troops (AMISON) from Uganda, Burundi, Ethiopia, Kenyan, Sierra Leone, and Djibouti, which are deployed in and around Mogadishu. The country is struggling with rule of law, constitutional constraints, inadequate governance, public security and unresolved national grievances. Moreover, although government focused more effort to squash Al Shabab with the help of AMISON and Somali National Army; the challenges facing the country are real and undeniable. In the face of these mounting challenges would it be realistic to conduct a liberal democracy based on a one-person one-vote election process in 2016?

On September 2, 2013, the Somalia President hosted a five-day national conference (‘Vision 2016’) held in Mogadishu with 200 delegates in attendance. The ‘Vision 2016’ is intended as a national dialogue expected to focus on key issues on the Somali’s future, developing federal systems, democracy, arranging the constitution and setting up a policy for the country to have free and fair elections held in 2016. This conference was in preparation for the government’s invitation to Brussels for the New Deal conference on Sept 16, 2013. At “Vision 2016,” the President expressed his government’s vision for the remainder of his term.

“The objective of the Conference was to advance a Somali-owned political process and to solicit the opinions of the Somali people, including members of parliament, regional authorities, civil-society groups and experts, as well as members of the diaspora to ensure the constitutional review and implementation process, together with the process of transitioning to democratic legitimacy.”

The theme addressed by delegates were constitutional development, review, oversight and implementation; models of federalism, good governance and reform; the electoral process and party politics, and political outreach, public engagement, reconciliation and justice.

While some Somalis and international community members felt that the vision was carefully thought out and an appropriate solution for the country’s problems; the question remains whether there is enough time between now and the government’s end of the term to implement all the critical elements and hold a genuine national election. The President rebuffs any calls for re-evaluating the ambitions of the 2016 election and is adamant “by the end of the term of the current Federal Government of Somalia in September 2016, there shall be no attempts for extension of the mandate whatever the excuse.” This vision could be groundbreaking for the country, if it is handled well. If it is only a rush to make a point or political gain, it will neither help the country nor make the vision a reality.

Although the international community funded and supported the conference in Mogadishu, concerns about its outcome persist. The United Nations Special Representative for Somalia, Ambassador Nicholas Kay, who addressed the conference of September 2nd, 2013, has told Sabahi that for the government to review its constitution and then hold a referendum and elections by 2016 is “a mighty hill to climb.” He adds that “the federal government is tasked to move Somalia towards a genuine transition to democracy in the space of just three years… this is a daunting responsibility, but United Nations will spare no effort to support it.” The Ambassador acknowledges that the country faces many challenges in the development, economic, security, governance and human rights sectors, but he believes the over‐riding challenge of Somalia is political.

Ambassador Kay’s speech is grounded with caution, and he is not alone in this regard, as many Somalis have expressed concern about all the underlining issues, the country faces that will present a huge challenge for an election to successfully take place in such a short period. There are the other important and overriding matters as well, including the issue of regional administrations (power and resource sharing) and national truth and reconciliation (acknowledgment of grievances), which, though mentioned in the vision 2016, require more clarity on how to achieve before national election takes place.

The term leadership has many definitions, but one that resonates is that “Leadership is a process of social influence, which maximizes the efforts of others, towards the achievement of a [common] goal.” Early this year the current Minister of Justice and Constitutional Affairs, Farah Sheikh Abdulkadir Mohamed, gave an interview to Sabahi on the subject of the government’s Vision 2016. The minister summarized the ‘Vision 2016’s central points, including; revision of the provisional constitution, holding of a referendum on the constitution and to hold a free and fair election on one-person, one-vote. However, when the minister was asked about reconciliation and whether his government is prioritizing this important issue, he failed to acknowledge the need for reconciliation, limiting his response to the fact that there is no problem between the Somali public and the Federal government. The minister recognized the need to tackle reconciliation at various levels; it is unfortunate; however, if the attitude of the minister to reconciliation and the healing of the wounds of the civil war is a reflection of a government policy to bury the reconciliation process under the blanket of ‘Vision 2016’. Somali-own national reconciliation is crucial for the survival of the country, and its unity.

The Minister’s perception is not an exception, as some Somali intellectuals have publicly stated that reconciliation means there is a victim and that there is no victim in Somalia. This argument perhaps is valid in the sense that all Somalis are victims, both of their own making and by forces outside of their control, but as the minister said, ‘there are people who have grievances with one another’. Masking or bandaging the problem does not move the country forward, but makes it stagnant. For those who also argue, where we will stop the bus once we get into such things as reconciliation, I say wherever it takes to have a healthy society. It is well known that the majority of Somali grievances started in 1980s and have continued to the present. This is a good place to start.

After the fall of the military regime in 1991, Somalia dissolved institutionally and socially; today Somalia is a fragmented country and is administratively separated. To bring the nation together and achieve national consensus will require extraordinary leadership, and a new way of thinking that can bridge the gap between various sections of the Somali society. To underestimate and simplify the climate and tragedy of the country’s recent history, as it appears in the minister’s interview, is a huge disservice to the people of Somalia. Somali leaders present and future, federal or regional are expected to usher the country onto a path that heals and unites, not to live in denial of today’s reality or simply stick to one’s personal loyalty, script or identity. Reconciliation is not as scary word as some presume; it is a necessary component that all Somalis need to address with each other in order for healing, forgiveness and compromise to occur -for the sake of the country. The concept of peace and reconciliation are tossed around in all Somali communications, including that coming from ‘Vision 2016’; however, Somali society and its leaders, in particular, need to understand first what reconciliation means to them and second, why it is necessary. If one cannot define the problem, one cannot find a solution.

Leadership means setting a goal and having a vision. ‘Vision 2016’ is a start in the right direction; however, when there is a barrier or challenge to that vision, a good leader does not forge ahead, but recognizes the problem and finds a solution to make it workable. A free and fair national election in 2016 appears as a steep hill to climb, but optimism is always a healthy choice. Somalia needs proactive, open-minded, well-educated leaders with excellent communication skills who understand the country’s history and know what it takes to heal the society. What it does not need; is a leader burdened with nostalgia, who does not know the reality of today’s Somali society, or a leader who has split loyalties and identities and does not have what it takes to bring people together above his or her own reality. Vision 2016 is a very good plan, but clarity on how this ambitious and important vision will be put together realistically and in a timely manner still needs to be established.

Finally, as Somalia ventures into the uncharted waters of the liberal-democratic federalism in 2016, its leaders, when making choices, need to be cognizant about which identity is important to them and which of their many loyalties are most salient when making decisions. Moreover, Somali leaders, both current and future have to be ready with new ideas to resolve issues, while at the same time allowing society to exercise their own problem solving muscles. The sentiment of the 2016 election was summed up by Asha Gelle Diriye, who is one of the current Constitutional Review Committee members and one of the original participants of the Vision 2016, comments to Sabahi “If the election is not held in 2016, it is important to find another option that can be used as a substitute for one person, one vote.” It is not impossible to have a democratic election in the country; Puntland region held a different kind of successful democratic election in January, 2014 where they elected their current President, Professor, Abdiweli Mohamed Ali Gaas. To use Hillary Rodham Clinton’s words from her book ‘Hard Choices’; “democracy works only if political leaders put the common good ahead of personal interest.” Somalia needs and deserves after over two decades of fragmentation, leaders with good leadership skills that can usher the country’s political challenges ahead.