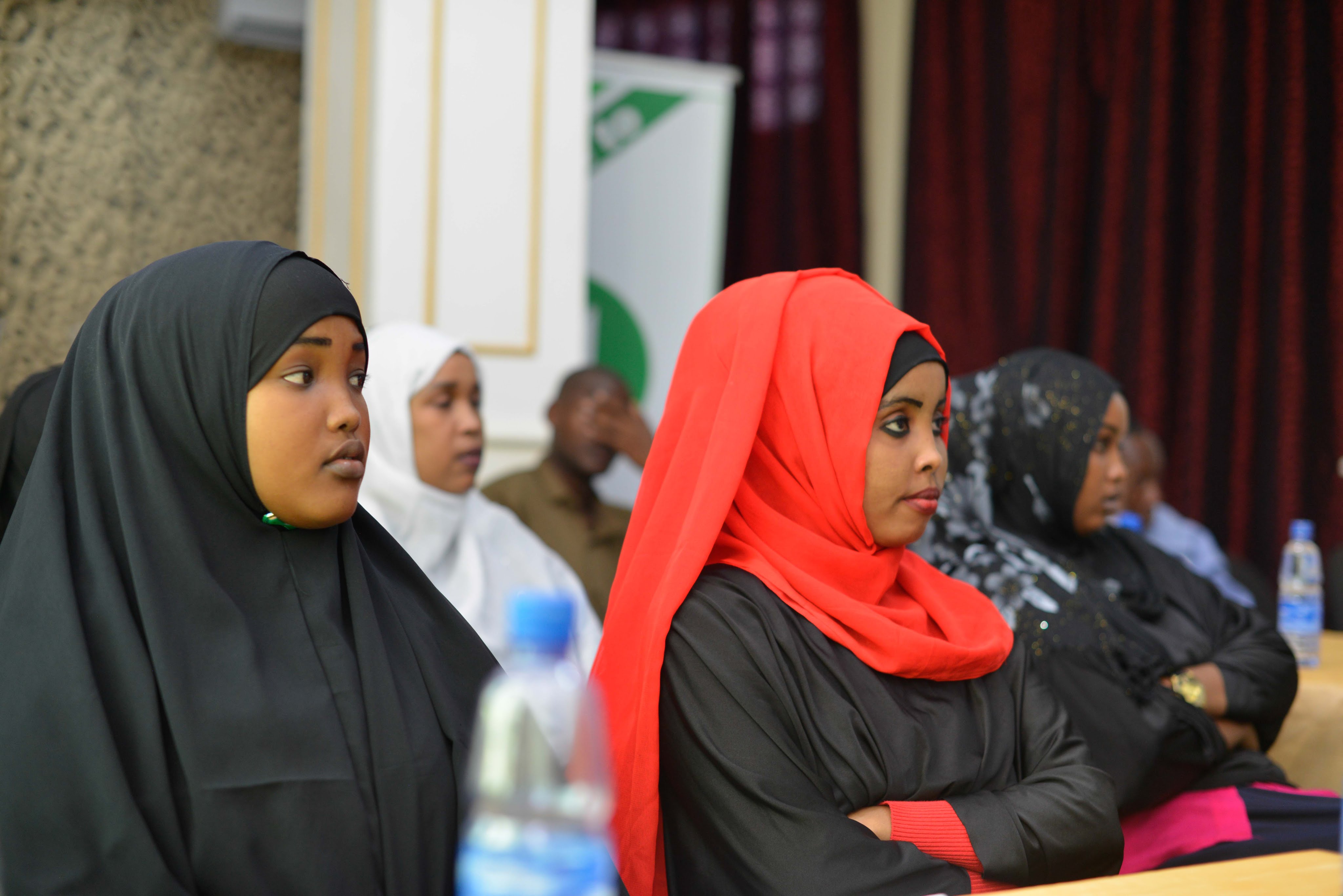 The workshop organized by the African Union Mission in Somalia (AMISOM) is part of a series of meetings aimed at sensitizing the youth on the importance of participating in the ongoing political process.

Participants at the meeting acknowledged that though the youth constitute 75 percent of the population, they were not fully participating in shaping the country’s politics.

A facilitator of the training, Ms Sahra Abdi Haji Mohamed, lamented that youth had taken a back seat in the political process yet they constituted a majority of the population in Somalia.

The facilitator said the workshop had examined reasons why youth had shunned politics and how they can play a role in the future of the country.

“We conducted this meeting in Kismayo with the objective of finding out why the youth don’t really participate in politics, what are the reasons why they don’t want to participate and what are the main obstacles. I think it has been a success. My experience here is that we need more youths to be involved in politics and especially we need to open more doors for them by listening to what they are saying and whatever they feel about politics,” Sahra added.

Participants also expressed concern that youth in Somalia were vulnerable to various militia groups who recruit them to serve their interests.

One of the participants, Ms Fardowsa Ahmed Gesse, said the training will enable the youth throughout Somalia to reintegrate and participate in the political process. 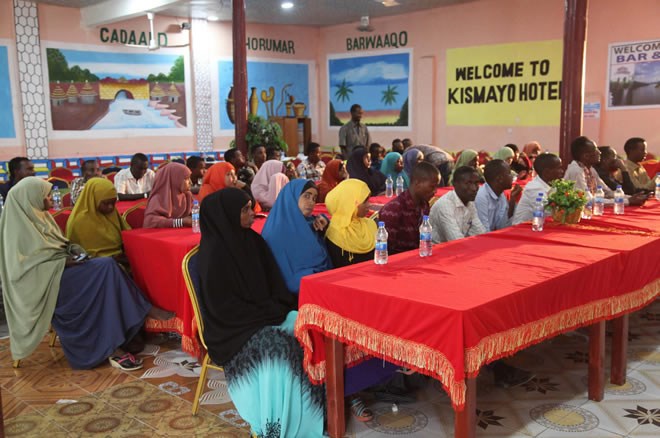 Youth in Jubbaland gather at a meeting hall in Kismayo, Somalia, to attend a meeting aimed at Enhancing Political Participation Actors of Peace and Security on December 12, 2016. AMISOM Photo / Barut Mohamed

“What we have learnt was reintegration of youth and how we can plan things as youths and the success that we can attain thereafter. This training has been beneficial and we really thank those who conducted this training. I also thank AMISOM for facilitating this training,” Fardowsa added.

The training in Kismayo is part of the initiative by AMISOM to train youth in all regions of Somalia to get involved in the political process.

The initiative by AMISOM has seen a number of youthful Members of Parliament and women elected in the House of the People (Lower House).