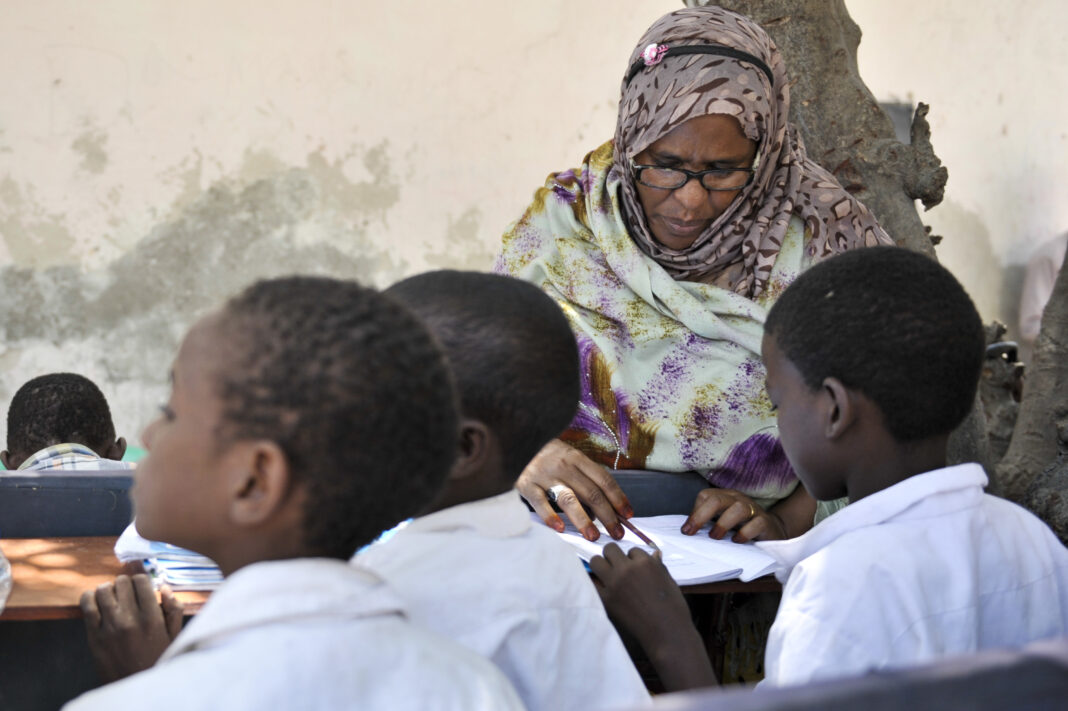 Mogadishu (HAN) April 30, 2014 – Update, according to Mohamed Hirmoge CCTV, the Somali-Swedish mother from Europe has set up an orphanage Center in Mogadishu to help them and people with disabilities. Two decades of civil war and warlord conflict have had terrible effects on Somalia’s children. Many have lost their parents and ended up the streets of Mogadishu, taking shelter in abandoned buildings and often abuse drugs. This centre though has now become a refuge, a place where street children can call home. The centre holds more 200 children ( Hundreds of orphaned children live in the center).

Dr.Abdullahi Mohammad Aboubakar, Deputy Executive Director of the Somali Institute of Defense, Security, Diplomacy and Intelligence (SIDDI) based in Mogadishu, Somalia, welcomes the Swedish Mother’s initiative. “We reached a critical security momentum,” Dr. Abdullahihe said. “But we need to redouble her work to make sure that people know Al-Shabaab for what it is. We have to continue our awareness program and find resources to help her valuable project to minimize Al-Shabaab assets; young Somali children. Above all, we need to eliminate the vulnerability of these young people by fighting poverty and unemployment, because Al-Shabaab takes advantage of them.”

Halima Mohamed, a mother of 10 came back from the diaspora to reach out to orphans and the homeless children of Mogadishu.
The story of Halimo Mohamed Maalin is a Swedish Somali woman, who is now mother to some 200 children and counting. She, like thousands of fellow Somalis fled the country as war intensified in the 1990s and settled in Sweden, in the city of Malmo. She lived there with her husband and 10 children but kept an eye on developments back home, hoping for peace and for that day when she could finally return home.

She finally did in 2012, with relative peace, ensured by the African Union Mission in Somalia (AMISOM), who are fighting alongside the Somali National Army to rid the country from the extremist group al Shabaab.

Somalia’s long conflict had heavy toll on children; they were killed and maimed, and thousands left on the streets and in IDP camps. For now though, it’s mothers like Halima who are making the difference for them

Here, they receive basic read and write lessons, and at times Halima becomes their teacher.

Somalia has since 2007 been in the United Nations list of countries that recruit children for combat. But centres like this one gives them hope for prospects of better future.

“When I watched the analysis about the extraordinary and dangerous trip of my son on local TVs and that Allah had saved him, I thanked God and I was very happy,” Abdilahi Yusuf Abdi, who lives in Santa Clara, California, told VOA’s Somali service in an exclusive interview on Wednesday.