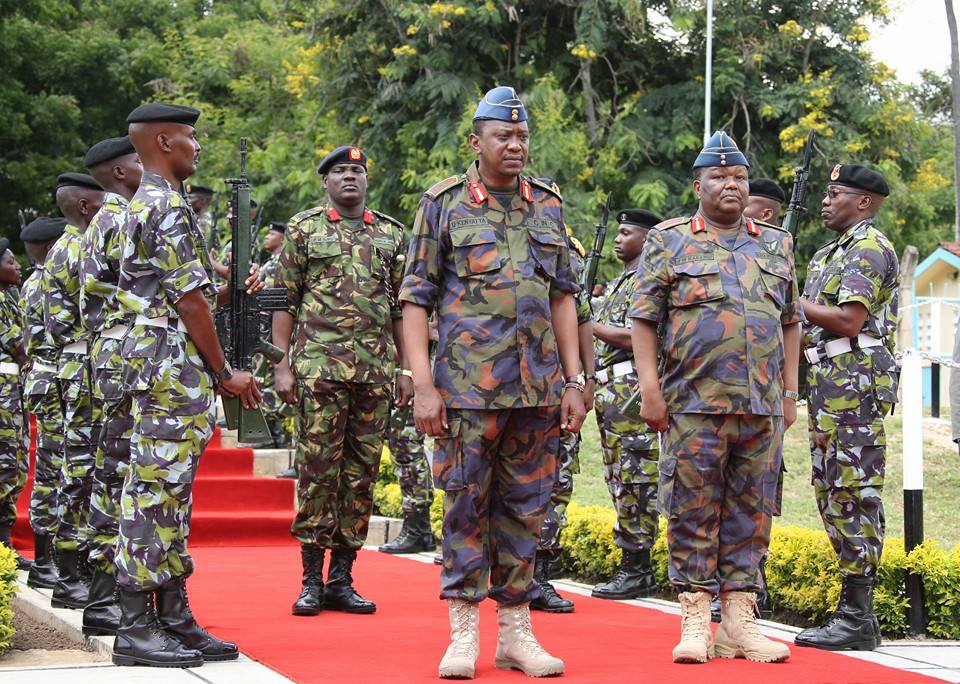 
Kenya’s parliament has been forced to adjourn after disruptive opposition members of parliament attacked government plans to push through a new security bill. Dramatic scenes unfolded Thursday as MPs shouted, danced and shredded copies of the bill, forcing National Assembly speaker Justin Muturi to call for a 30-minute adjournment. There were also reports of fist-fights between lawmakers.

Television footage showed members of the opposition yelling, tearing up papers and shouting down the speaker of parliament, Justin Muturi, who then suspended the session and said it would resume in the afternoon.

Journalists were barred from the parliament’s press gallery and the live transmission was discontinued.

Nine foreign missions in Kenya, including those of the United States, Britain, France, Germany, Canada and Australia, said in a statement on Wednesday they supported plans to improve security but said human rights should also be respected

President Uhuru Kenyatta has faced mounting pressure to boost security since an attack in September 2013 on Nairobi’s Westgate mall that left 67 people dead. He has urged lawmakers to pass the amendments.

The bill would amend Kenya’s existing security law to allow suspects to be held without charge for 360 days — up from the current 90 days –, compel landlords to provide information about their tenants and punish media organizations for printing material that is “likely to cause fear or alarm”. The proposal does not define such material.

“There was disagreement inside the chamber over whether to continue to pass the bill or not and … it degenerated into chaos,” said Mohamed Junet, an opposition member of parliament.

The security law amendments were proposed by Kenyatta’s allies in his Jubilee coalition. Some form of the bill is expected to pass but it was not immediately clear on Thursday whether all its proposals would be included.

The Nine western Ambassadors in Kenya, including those of the United States, Britain, France, Germany, Canada and Australia, said in a statement on Wednesday they supported plans to improve security but said human rights should also be respected.