Home frontpage Somali: Shifting level of security threat in the Horn of Africa 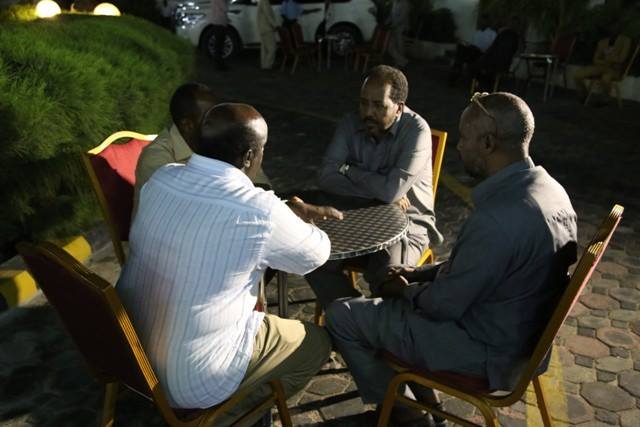 Nairobi (HAN) May 23, 2014. The latest HAN updated security warnings, there is increased level of security threat in Djibouti, Ethiopia, Kenya, Uganda, and Burundi.

Fighter jets, believed to be from Kenya, have struck Shabaab strongholds this week, as part of the latest push by the AU force against the insurgents. “When their soldiers and war planes kill your people, God permits you to retaliate accordingly, we will fight the Kenyans,” Fuaad Khalf said, viewed as second in importance only to Al-Shabaab chief Ahmed Abdi Godane.
“The war will be shifting to Kenya, if they kill a Somali girl we kill a Kenyan girl,” Fuad Mohamed Khalaf Shangole, one of the Shabaab’s most senior commanders, said in Al-Shabaab radio FM broadcast in Somalia.
“We are urging all the Muslims in Kenya, to fight the current Uhuru President of  Kenya, because Kenyan security forces and their leadership policies killed your people including children,” Fuaad Khalaf Shangole  said in a speech broadcast on the Al-Shabaab’s Radio inside southern Somalia.

Increased militant activity in Somalia and activation of terror cells in the region signals high possibility of terror attacks in the region; Somalia, Djibouti, Uganda, Kenya and Ethiopia.

The Uganda current security Issues: President Yoweri Museveni has vowed to protect Ugandans and their property at all costs, saying it would be a vote of no confidence to our country to delegate that responsibility to foreigners. Yoweri Museveni  said , ‘for the country to develop, peace and security is paramount.‘

Geeska Afrika Online contacted the Somalia security minister and he said: ‘we will continue to analyze and provide intelligence leads to our neighboring countries to mitigate attacks on specific targets.‘

This updated warning is based also on thorough analysis of previous events, militant activity increase, militants threats through both social media and radio channels, and a predictive analysis to procure this bias.
The Shabaab leaders in Sosouthern Somalia said it was their guerrillas who carried out a deadly ambush on an army convoy in Kenya’s northeastern Mandera region on Monday, close to the border with Somalia.
Khalaf said the Shabaab had trained fighters and vowed more would be sent to carry out attacks inside Kenya.  “We have trained the youth and local kenyan youth inside Kenya, They are the ones who carried out the Mandera attack,” he said. “More are going to be sent soon.”