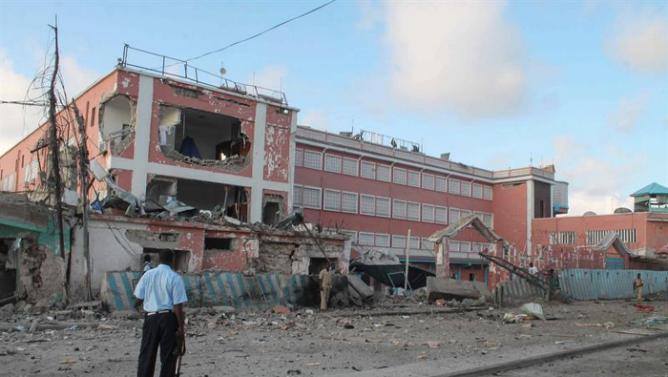 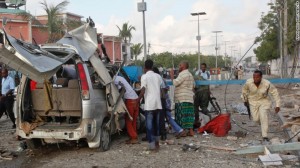 Those dead were civilians, and three officials, including a member of parliament Mr.Abtidoon. The Al-Shabaab armed men pushed inside the building, then Somali special forces deployed to hunt and kill one by one inside the hotel.

The attack kicked off when a suicide car bomb exploded at the gates of the hotel, which government officials use as a residence..

according to Reuters and HAN agency, the two major explosions detonated during the attack — one believed to be a bomb remotely targeting first emergency responders. The third explosion was believed to be carried out by a suicide bomber to stop, re-reinforcements.