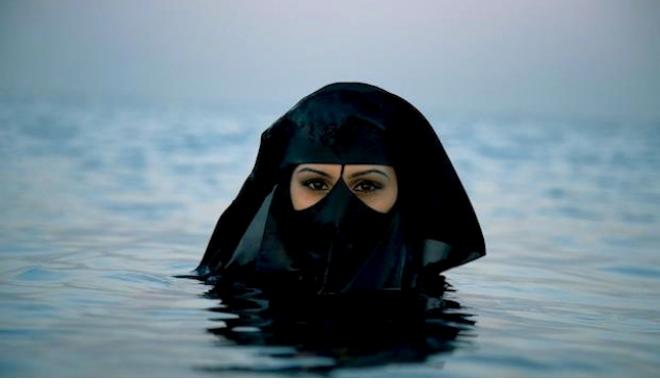 Mogadishu (HAN) May 18, 2015 – Public Diplomacy and Regional Security News. According to Geeska Afrika online reporter, it is illegal to wear a face-covering veil in Southern Somali town of Dhuusamareeb.
The town of Dhusamareb have banned women from wearing face-covering veil in public places for security reasons. The militia forces of Ahlu-Sunna Wal-Jamea (Supported by Ethiopian forces) which is battling Islamist insurgents largely in central Somalia said, they are aiming to prevent militants disguising themselves as women. Nur Elmi, a security official in Galgadud regional capital of Dhusamareb told the media on Sunday that the order imposes strict ban on face coverings:

“The group for the annihilation of Somali people will not be allowed to wear theics’ full-face veil of women,” he said, saying they regard themselves as Ahlu Sunna Wal Jamea.

Referring to Al- Shabaab’s ideology, Elmi insisted that they will counter ‘propagation of Wahhabi teachings’ in the areas under the control of the group. Ahlu Sunna militias wrested control of nearby Guri’el in deadly battles with Somali government forces in late 2014. The paramilitary group adheres to Sufism, and emerged as powerful armed wing following against Al- Shabaab terror group in Somalia. The Ahlu-Sunna militia liberated Dhusamareeb town from Al-shabaab militants.

Photo: Photographer Sebastian Farmborough went to Saudi Arabia and saw this woman out at sea