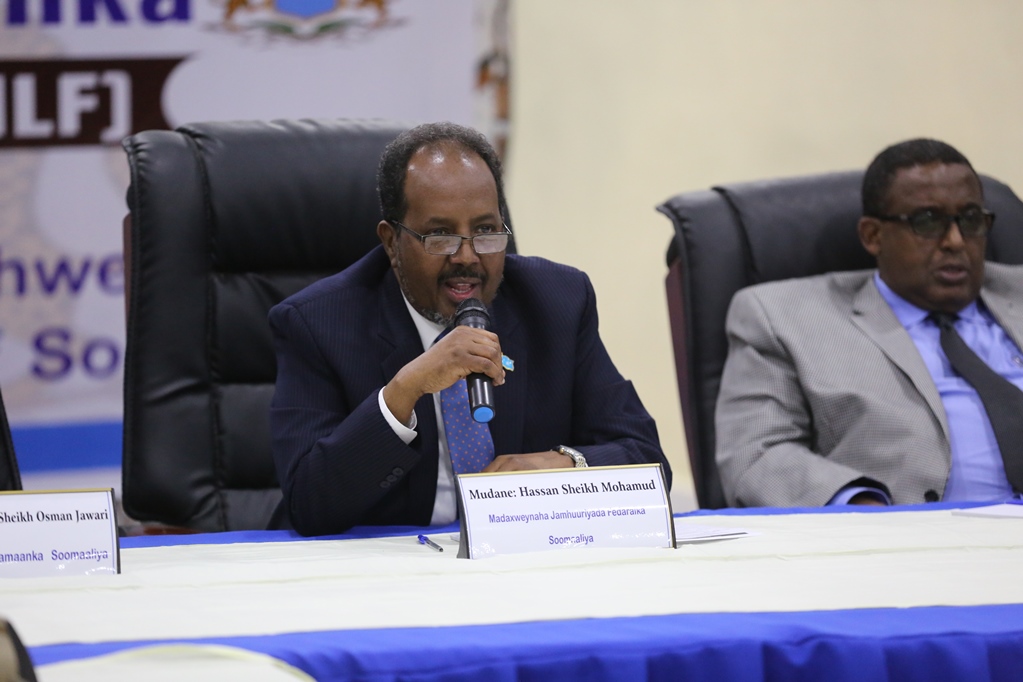 President of the Forum Leaders meeting opened in Baidoa and the Federal State
Bay, 22 June 2016 (Villa Somalia) – President of the Federal Republic of Somalia, HE Hassan Sheikh Mohamud Baidoa capital of the State of South West, formally opened the Forum and the State government leaders.
Agenda main expected looga discussion meeting include the elections, logistics and security for the elections, the proportion of women in the councils of government, making the Arbitration Committee of the election, the constitutional review, and process reconstruction and reform the police.
President gives a speech opening the conference, said that the purpose and wisdom behind building national leaders Forum is to find a system that is acceptable to all, based on the principle that any move to do this, and  back to work rebuilding Somalia.
“The public when developing this special can be achieved. I came here to Somalia to move forward, the road leading to the government. Today we are here together and we achieved that no conflict and confrontation. We are committed to the country to arrange a system of power transfer system together with democratic and peaceful ‘, he said.
The President added that everyone in the dignity, rights and respect for the land, and the need to reduce the fear and uncertainty during the civil conflict.
“I want to tell the people of Somalia that the international support we can give a lot of aspects, but when it comes to political responsibility and duty in Somalia alone. It is clear that these types of meetings to build trust and confidence between us, one from the international community and to finally have our path to development and peace ”.
The president said that the federal system of government introduced in the country led to span every country of the administration is, that support security and decentralization.
The meeting also proposed talks with Prime Minister Omar Abdirashid Sharmarke, Prime Minister, Mohamed Ali, Deputy Prime Minister, Mohamed Omar Arte and regional authorities.
The conference will last for three days, leaders expressed hope to have concrete results to come out. 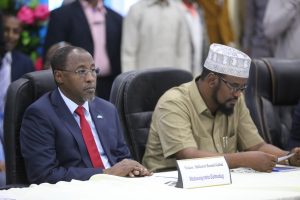 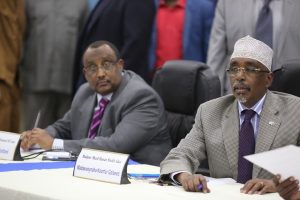