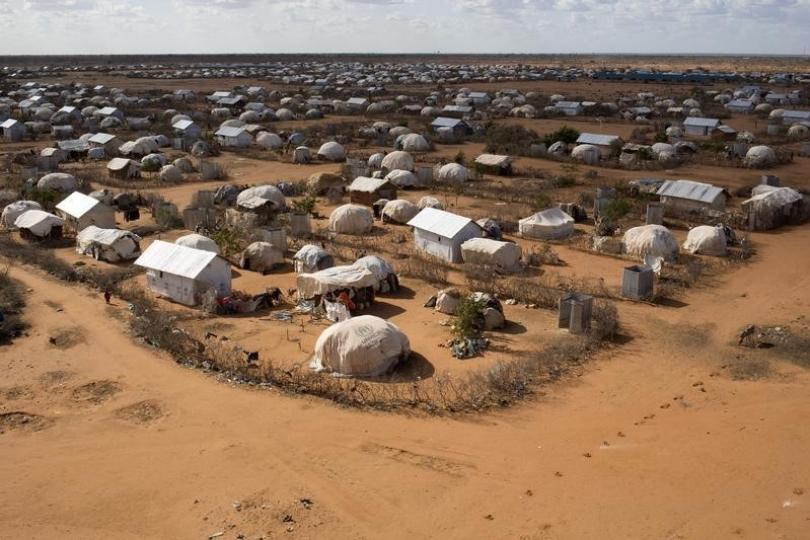 GARISSA(HAN) June 11.2016. Public Diplomacy & Regional Security News. A section of the more than 300,000 Somali refugees living in Dadaab, the world’s largest refugee camp in northeastern Kenya, have expressed fears the planned closure of the camp will have far reaching effects on their lives.

Kenya recently announced it will repatriate all Somalis in Dadaab and close the camp by December, citing a “very heavy economic, security and enviroment burden”.

Some refugees told Xinhua on Thursday they were not willing to return home due to insecurity and harsh economic conditions in the Horn of Africa nation.

They instead called on the Kenya government to resolve the issues with the Somali government on how to best carry out the repatriation which is expected to begin soon.

Abdi Mohammed, a 60-year-old refugee who has been in the camp since 1995, said that the move by the Kenyan government came as a shock to him.

“I used to hear these threats to repatriate us as mere hard talk from the Kenyan administrators. But the stanch position by the government has really shocked most of us. We can’t believe we are being sent back to a country that is still unstable and faced with security lapses,” Abdi told Xinhua on Thursday.

Abdi has eight children, all of whom were born in Kenyan and have received education. He said his children were traumatized by the anticipated repatriation given that they are going to a country they have no idea about.

“What they know about Somalia is a country where Al-Shabaab roam freely and lawlessness is the order of the day,” he said.

During his visit to Kenya this week, Somali President Hassan Sheikh Mohamud visited Dadaab and said Somalia was ready to receive Daddab refugees back home.

He assured the refugees the repatriation will be orderly, humane and dignified.

Dadaab was set up more than two decades ago to house people fleeing conflict in Somalia.

It is not yet clear when the closure will begin, but the Kenyan government has disbanded its Department of Refugee Affairs, which worked with humanitarian organizations for the welfare of the refugees.

For Amina Mohamed, another Dadaab refugee, the mention of closure of the camp “sends shivers down the spine of many mothers”, who she said suffered most at times of war.

The mother of five said although she missed her home, she feared insecurity.

“If the Kenyan government has decided to return us back home, then it should ensure that wherever we go is secure and has at least basic humanitarian services,” Mohamed said.

She however thanked Kenya for hosting them for the past 25 years.

Somalia was torn asunder by factional fighting since 1991, but has recently made progress towards stability.

The conflict has left some 1.1 million internally displaced people and over 1 million others living in exile in neighboring countries, mostly in Kenya, Ethiopia and Yemen.

Sources in Dadaab say many refugees have started selling off their livestock, shops and other property at a throw away price following Kenya’s repatriation decision. The price of a goat that normally goes for 50 U.S. dollars has dropped drastically to 10 dollars.

Kenya’s Northeastern Regional Coordinator, Mohamud Saleh, told Xinhua the government had enhanced security along the Dadaab-Garissa-Nairobi road to ensure that no Dadaab refugees “sneak” out of the camp.

“We understand that some refugees might decide to sneak out of the refugee camps to our towns as they try to escape being repatriated to their home country. The police are extra alert to avoid such cases,” he said.

During President Mohamud’s impromptu visit to Dadaab on Monday, Kenya’s Interior Cabinet Secretary, Joseph Nkaiserry, who was with him, said he was glad that the majority of the 350,000 Somali refugees were willing to go back home and rebuild their country despite challenges occasioned by prolonged clan wars and activities of Al-Shabaab.

Nkaisery said the Kenyan government was working closely with the international community to ensure the repatriation is carried out in a descent manner.