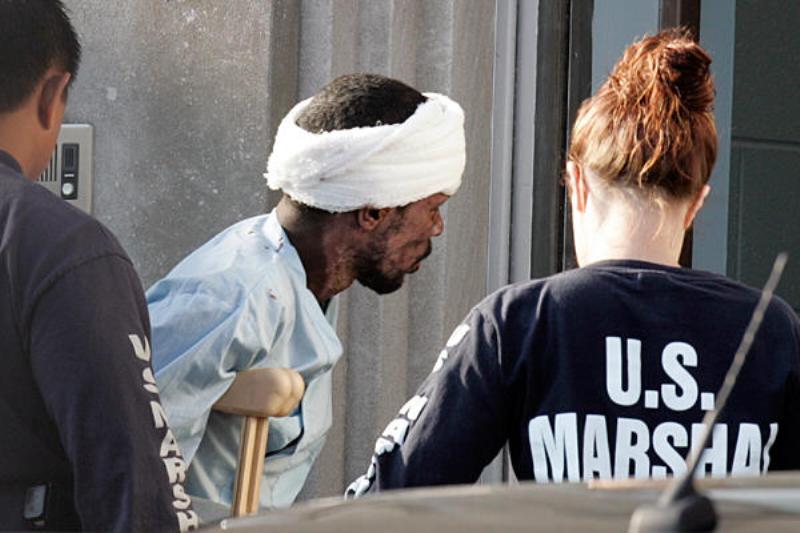 Norfolk (HAN) May 14, 2014. By Tim McGlone, The Virginian Pilot.  The United States  federal judge sentenced a convicted Somali pirate to 41 years and half  in prison after rejecting a prosecutor’s call for a mandatory life prison term.

Mohamed Ali Said, 30, was convicted along with five other Somali men of piracy and related charges in the April 2010 attack on the dock landing ship Ashland.

Assistant U.S. Attorney Ben Hatch argued that life in prison was appropriate, calling the attack extremely harsh and heinous and adding that Said has shown no remorse or acceptance of responsibility.

“Obviously the court has a different view of matters,” U.S. District Judge Raymond A. Jackson responded.

Said’s attorney said his client had nothing to say. Said had previously argued that he was not a pirate and was working as a smuggler when the skiff he was on approached the Ashland off the Somali coast.

Prosecutors said the Somalis mistook the Ashland for a commercial vessel when they opened fire on it in the pre-dawn darkness in an attempt to take its crew hostage in exchange for ransom. One of the Somalis admitted that was their plan.

No sailors were injured, but a seventh Somali was killed when the Ashland returned fire with its 25mm cannon, blowing up the skiff.

“At the end of the day, this was an attempt,” said Said’s attorney Keith Kimball, an assistant federal public defender.

Kimball and other defense attorneys argued that life in prison was unconstitutional given that other pirates, who actually committed murder during their attacks, including four Americans shot and killed aboard the yacht Quest, also received life in prison.

“The court is aware of the gruesome nature of piracy,” Jackson said. “The court finds a difference in the conduct.”