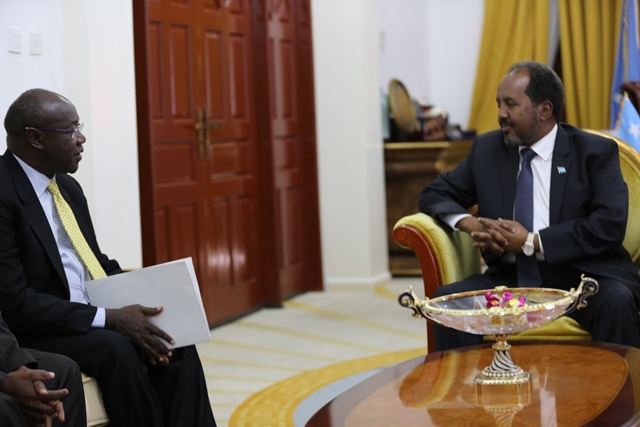 The letter on how to strengthen cooperation between the two countries reached President Ambassador James Baba, a special envoy from President Museveni. President and squash are keen on rebuilding the Somali forces, elections in the country this year, and the various aspects of the two countries can work together.
The President has asked the envoy to deliver greetings from President Yoweri K. Museveni and the people of Uganda as they always stand Somalia.