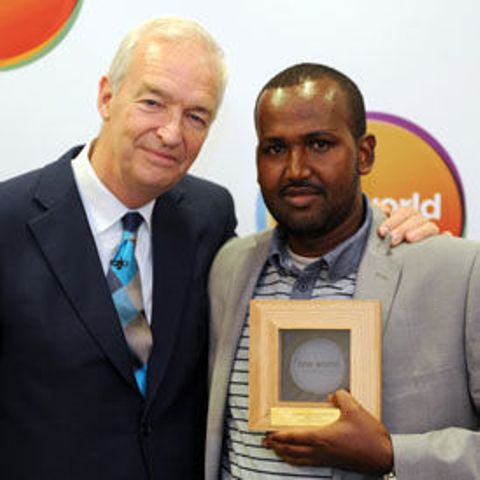 London: (HAN) May 26, 2014 – Expert Analysis, Your Power & Regional Influence Magazine. The Opinion note by:  Jamal Osman, The Guardian , ‘Please treat me like British citizen or tell me if I am second-class citizen.’

Jamal wrote this letter to the Guardian Monday 26 May 2014: If you are British and think that every British citizen enjoys the same rights, my story and those of thousands of others should convince you otherwise.

I arrived in Britain in 1999 having fled the civil war in my home country, Somalia. My asylum application was approved a year later. During that time I was given accommodation and a weekly food voucher worth £35. For this I will always be grateful.

As soon as I was permitted to seek employment I started looking for a job. I worked in a laundry, a warehouse and as a taxi driver – simply to survive. Later I trained to become a journalist.

I joined Channel 4 News as a reporter, largely covering Africa – a role that required frequent travelling. And that is when my nightmare at the hands of Britain’s security services began. I have been detained, questioned and harassed almost every time I have passed through Heathrow airport. In 10 years, only one of my colleagues has been stopped.

During the past five years I have also been repeatedly approached by security services trying to “recruit” me. The incentives they offer range from a “handsome salary” or a “nice car” to a “big house”. I have even been told that they “could help me marry four wives”. I have declined all their offers. Their psychological tactics include telling me how easy it is for them to take away my British passport and destroy my career – and even my life.

I have received regular phone calls from people I believe to be Special Branch, who invite me for a “chat over coffee”. “No thanks, I don’t drink coffee,” I reply.

As someone who appears on television regularly it is not unusual for strangers to greet you in the street or even ask questions about a particular story you’ve done. But the people who follow me on the street – the spies (I call them “the Vauxhall guys”) – have a different approach. After introducing themselves by their first names they declare their interest. Would I like a chat and a coffee. It won’t take long. Their hunting ground is London’s Victoria station, which I use regularly.

I go to the EU and British passport holders’ queue when returning through Heathrow airport; I observe with interest as fellow travellers file smoothly past border control. Yet when I approach, trouble always follows. “Where are you from?”, “How did you obtain a British passport?”, “Have you ever been in trouble with immigration?” I answer all their questions courteously and respectfully until the inevitable happens and the official says: “Take a seat, I will be back.”

Returning from my most recent trip, I took my regular seat near the control desk. Half an hour later a grey-suited man sat next to me.”Hello, how are you?” he asked. “Are you from Somalia? I hear from other Somalis that things are improving now. That is what I would like to talk to you about.”

I told him that I didn’t particularly want to talk about Somalia and that I just wanted to go home. “Don’t try and be difficult,” he snapped at me. “I’ll detain you if you don’t answer my questions.” And so it continued for another 15 minutes, during which he continued with his threats and with calling me an “idiot” and a “bad person”, claiming “you will die angry and the world would be a better place without people like you”. Finally he compared me to “the racist thugs we are fighting”.

If there is one thing I’ve learned from such encounters, it is that carrying a British passport doesn’t necessarily make you feel British. I came to this country to seek sanctuary. I am a multi-award winning journalist. I am an immigrant and a refugee – but I am still made to feel like an asylum seeker.

I am a Muslim, an African and a Somali. And should the security services be reading this: I am a British citizen. Please treat me like one.