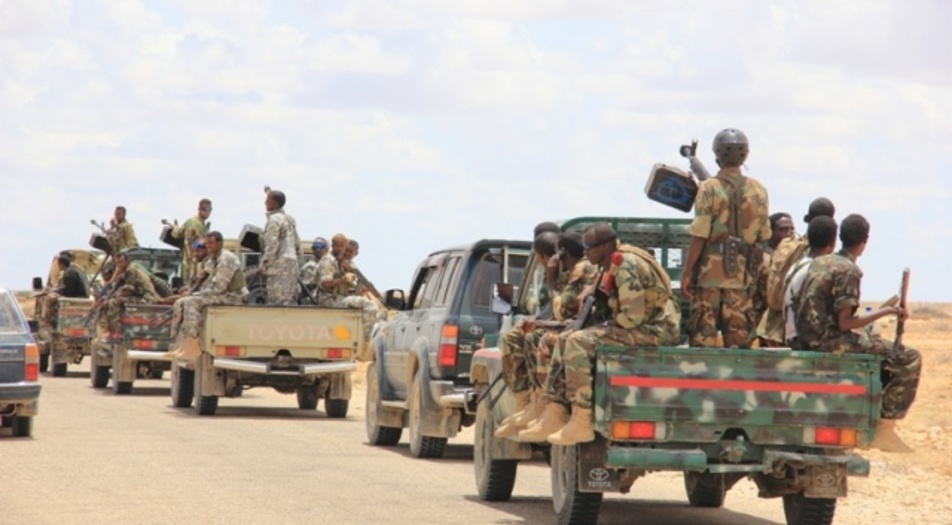 Somali regional authorities in Puntland are vowing to retake a town captured by pro-Islamic State militants this week.

The president of the region, Dr. Abdiweli Mohamed Ali, said his administration would push back against the militants, who faced little opposition when they took over Qandala.

“Puntland always defended itself, and is going to defend itself,” he said. “Daesh cannot hold on to Qandala; they will not maintain control. That is a pledge I make to you,” he said, using an Arabic term (Daesh) to refer to the Islamic State group.

Military officials in Puntland, an autonomous region in northeastern Somalia, were caught by surprise when the militants seized Qandala, a traditional symbol of staunch resistance to foreign occupation. They are discussing how to respond to the threat by the militant group that apparently was taken lightly by Somali administrations.

Qandala is 90 kilometers east of Bosaso, Puntland’s main port and the economic hub of Puntland. Since it lies between rugged mountains and the Gulf of Aden, it is seen more vulnerable to attack from the sea.

Since Qandala was captured, Puntland security officials have deployed gunboats to the area to intercept any shipments by militant groups in Yemen, military sources said.

A leading security and intelligence expert says militants allied with Islamic State chose Qandala because the small fishing port is just a few hours from the coast of Yemen.

A former director of the Puntland Intelligence Agency, Abdi Hassan Hussein, says there was “strategic planning behind the capture.”
“They constantly receive experts or trainers from Yemen, and shipments of weapons and other materiel. This is why they selected that strategic area,” Hussein said.

“It’s tough to reach by land, it’s a mountainous area, and it’s not suitable to drive there,” the intelligence expert added. “Sheikh Mumin’s tribe lives in that area, and they may get more support from the clan. Proclaiming that he wants to establish an Islamic region in the whole of Africa may get him some sympathizers or supporters.”

Sheikh Abdulkadir Mumin is the leader of the pro-IS group that captured the town. Last month the United States designated him as a global terrorist. A year ago Mumin pledged allegiance to IS leader Abu Bakr al-Baghdadi.

During the past year, Mumin’s group has been busy evading attacks by rival militants from al-Shabab, while also seeking recruits and finding a space to grow. Hussein believes that they have achieved that.

“One year is complete; they are marking the anniversary. They had very few numbers but right now they have 200 to 300 fighters,” he said.

Mumin defected from an al-Shabab camp that controls a small hideout in a mountainous area known as Galgala, southwest of Bosaso. Despite several military offensives and defections, al-Shabab’s fighters are still in Galgala, so the emergence of pro-IS militants on the other side of Bosaso in Qandala expands the war and Puntland’s front lines against militancy.

“Fighting Daesh will be tougher than fighting al-Shabab,” Hussein said.

“Potentially there is more of a threat coming from this group [led by Mumin]. They are more active than al-Shabab, and they may get more recruits and more funds than al-Shabab,” he added.

“As we learned from the al-Shabab units fighting in Galgala, they started with few numbers and right now have increased. It’s very tough to defeat these militants, given the limited resources available to Puntland.”
Qandala’s historical significance

Qandala dates back to the 1850s, according to Somali historians. It has a beautiful beach, 20 kilometers of sand dunes along the sea, and rich fishing grounds. The former Somali government built one of its biggest fish factories in the town.

The pro-IS militants entered the town Wednesday, forcing government officials and a small number of forces to flee.

Video taken by the militants purported to show a fighter hoisting a black flag on top of a historic building erected by Italian colonial rulers early in the last century. The same building served as a prison for a Somali rebel who was arrested by Italian soldiers in 1914 for lowering the Italian flag and burning it.

That freedom fighter of the last century, Ali Fahiye Gedi, became known as “the flag-burner” and a symbol for other Somalis who fought against Italian colonial rule.

The militants’ video of pro-IS fighters entering Qandala Wednesday showed them being greeted by an elderly, obviously frightened man. The town’s schools closed the next day, and for the first time in Qandala’s history, its residents fled, leaving the town on foot and by boat. It may take the emergence of another “flag-burner” to stop the threat of militancy in Somalia.