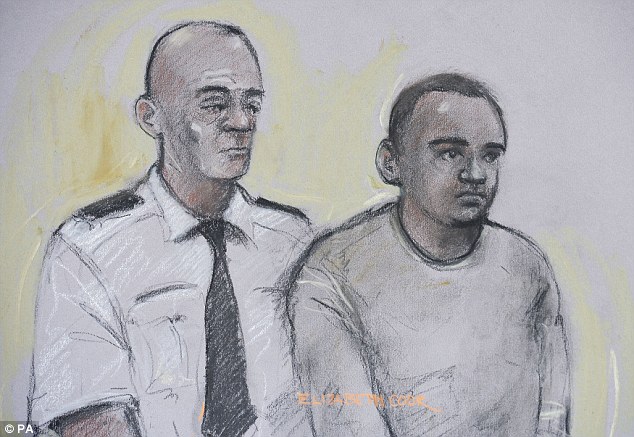 A Somali-Norwegian teenager accused of murdering an American tourist in a rampage through Russell Square that left one dead and five injured will stand trial in February next year, the Old Bailey heard today.

Zakaria Bulhan, 19, is accused of stabbing to death retired special needs teacher Darlene Horton in front of her husband Richard Wagner the day before they were due to fly home.

Mrs Horton, a mother of two from Tallahassee, Florida, was stabbed in the back in the attack in Russell Square on Wednesday, August 3.

Bulhan, wearing a prison-issue green and yellow tracksuit, appeared at the Old Bailey via videolink from HMP Wandsworth, for today’s preliminary hearing, holding his hands over his face throughout.

He is charged with the murder of Mrs Horton and five counts of attempted murder.
Judge Nicholas Hilliard QC, the Recorder of London, set a two week trial date for February 6 next year.

Bulhan, who was not legally represented today, was remanded in custody until a plea hearing on October 25.

Mrs Horton was in London for the summer with her husband, a Florida State University professor of psychology, who had been teaching summer classes.

The couple were regular visitors to London for the art galleries and museums, friends said, and had decided to extend their stay this summer by an extra day when tragedy struck.

Among the others injured was Israeli teenager Ms Lewronki, 18, who was stabbed in the hand, and Mr Hoenisch, a retired firefighter from Las Vegas who was visiting London with his wife.

He said on Facebook: “Thanks to everyone for reaching out, we’re still very saddened about the woman who was killed.

“Very unreal experience but we are still having an unbelievable time over here. Thanks and love to you all.”

Bulhan has not entered pleas to any of the charges