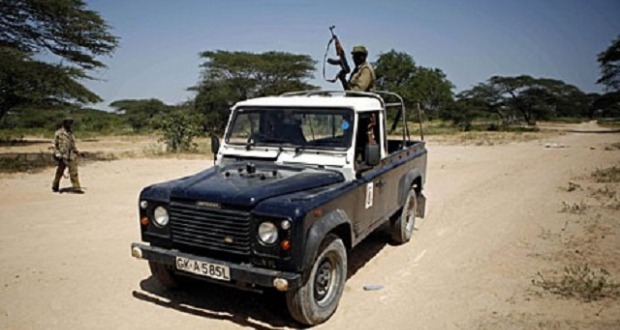 Share on Facebook
Tweet on Twitter
Mogadishu (HAN) May 20, 2014. Terror news update in Kenya: Kenyan security Officials are reporting suspected Somali militants have ambushed a border area, killing at least 12 people.
Government officials say at least three police reservists were among the dead following Monday’s attack in northeastern Kenya, near its border with Somalia. They say police officers who responded to the attack drove into the ambush, and at least two police vehicles were destroyed.
Kenya has faced a series of attacks that it blames on the Somali militant group Al-Shabab, including an attack on the capital, Nairobi last  Friday.
That attack came right after Britain, the United States and other Western countries issued travel advisories to their citizens in Kenya, warning of potential attacks.

About 90 Somali refugees were deported from Kenya today. The Kenya government claimed that they were in Kenya illegally. The ambassador of Somalia Mohamed Ali Americo has put some photos of the deportees on the wall of his facebook page. The refugees were deported today to Mogadishu  started their  flight from  Jomo Kenyatta International Airport in Nairobi.

Ambassador Ali Americo told Geeska Afrika Online by phone that, the refugees has left Nairobi and will arrive soon in Mogadishu today. The government of Somalia will assist those heading to other towns in Somalia in terms of transportation and accommodations..