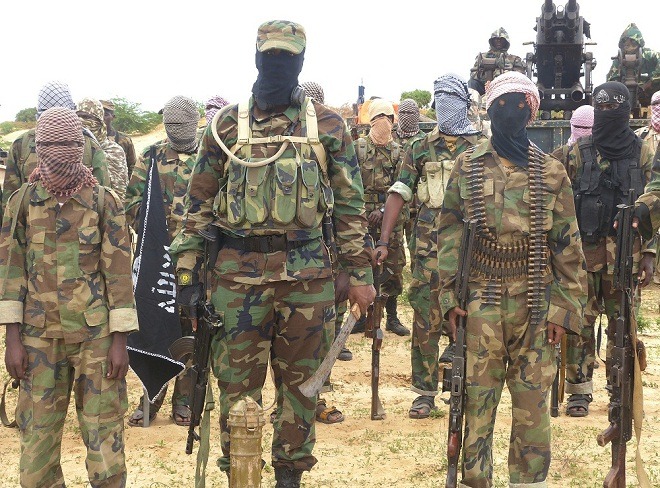 London (HAN) May 18.2016. Public Diplomacy & Regional Security News.  He period from 2013 until the present day can be considered the second insurgency phase in Al-Shabab’s history. It does in many ways resemble the period from 2007–2008, when Al-Shabab were too weak to hold territories, and were in a race with the Ethiopians and the Western-backed government to make the Ethiopians leave before centralized Somali structures were in place. This similarity should not be forgotten, and probably serves as a reminder for Al-Shabab that they have withstood territorial marginalization before and still prevailed.

Still, there are differences, as not only an Ethiopian deployment to Somalia faces Al-Shabab today but a major regional effort, where all of Somalia’s direct neighbors, Djibouti, Ethiopia, and Kenya, are participating, along with a sizable contingent from Burundi. This unified force has shown a will to stayover time and as there are real burden-sharing abilities in the alliance, it seems more sustainable than the Ethiopian deployment.

The government in Mogadishu has suffered defeats against the regional states of Somalia, however this in turn seems to be positive, as it is leading to a more realistic approach for a future Somalia where power would be devolved to the regions. Al-Shabab’s largest enemies inside Somalia, the Galmudug state, the Juba state, Puntland, Somaliland, and the various clan administrations in central Somalia, remain at peace and have so far resisted the temptation to attack each other, despite tensions.

Despite this, Al-Shabab will not be vanquished in the near future; it has shown that it can exist as a guerilla organization and has morphed regionally, now probably having affiliates in Kenya and Tanzania, if not Ethiopia and Uganda as well. The central Somali countryside is still not secure, there are still clans that are poorly represented in the country, and increased suppression of some clans, such as the Byemal, by clan-based units of the Somali army, creates the potential for new Al-Shabab recruits. Al-Shabab can operate relatively freely in rural areas and still can disrupt traffic on major roads. In Mogadishu, Al-Shabab can still operate.

It should be remembered that Al-Shabab can survive even in a weak state; it can take advantage of police corruption and clanism/tribalism, even when some kind of central administration in Somalia is re-established, which is probably far in the future. Even now Al-Shabab can still tax, through checkpoints on roads when AMISOM is not present—which are removed when AMISOM forces arrives—and via taxes through fear, the business community paying money, in some instances even far outside Al-Shabab controlled areas, in order to avoid violence.

The fact is that Al-Shabab is a surprisingly resilient organization. It is cheap, consists of fighters that do not demand much, and—in its present state—it does not control large territories in the conventional sense and probably does not use large amounts of money on administering territories.

It can still tax large territories, partly because the absence of any credible security structures in the Somali countryside. In general, rural areas are neglected by the Somali army, who are poorly paid and who often have a clan bias meaning they lack legitimacy in areas of operation such as in the Lower Shabelle, southern Somalia; neglected by the Somali police, often facing the same problems as the army; neglected by regional states lacking resources; neglected by AMISOM contingents often restricting their movements to major bases, save the odd campaigns.

This enables Al-Shabab to pressure the rural population for money and recruits, even supposedly when the villagers are behind enemy lines, a capacity that has enabled Al-Shabab to launch relatively large-scale attacks in recent years, even against AMISOM. This was symbolized by the large-scale attack against the Kenyans at the AMISOM base in El Adde in January, which could constitute the largest loss of life in Kenyan military history.

The Islamic State militant group (ISIS) has also conducted a coordinated propaganda attack on the organization. It seems, however, that ISIS has made few inroads within Al-Shabab, either existing inmarginal places as the Puntland mountains or as small cells, for the time being at least. However, sympathy for ISIS is present both in Somalia and in Kenya. Yet, for now, they remain a small problem for Al-Shabab.

The devil is in the detail—details such as ensuring that the Somali police and army gets necessary pay, through Somali channels, to ensure sustainability. It is to be willing to acknowledge that regional Somali security forces will play a role in securing the countryside, but that they can do this according to a proper federal structure. The focus need to be on the countryside, not necessarily the larger cities, demanding a more decentralized approach to security structures. Until this happens, Al-Shabab will do well.

This article is an expanded extract from Stig Jarle Hansen’s “Al-Shabaab in Somalia: The History and Ideology of a Militant Islamist Group,” which has recently been republished in paperback by Hurst.