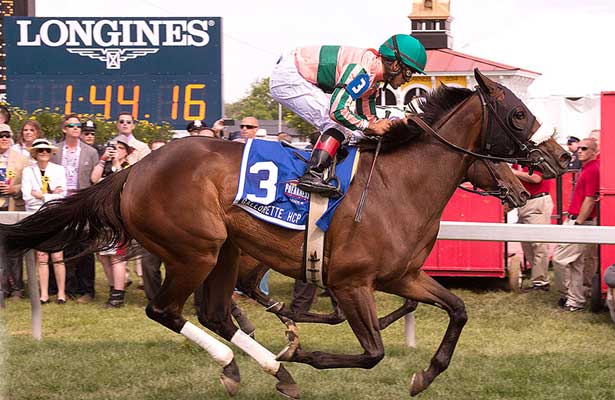 Saratoga (HAN) July 21, 2014 – Sports and Horse Race: Somali Lemonade rallied down the middle of the track and held off a late run from Stephanie’s Kitten to win the $500,000 Diana by a neck on Saturday at Saratoga Race Course.

Somali Lemonade is back on the same Keeneland turf course over which she was so impressive winning the Jessamine Stakes exactly one year ago.