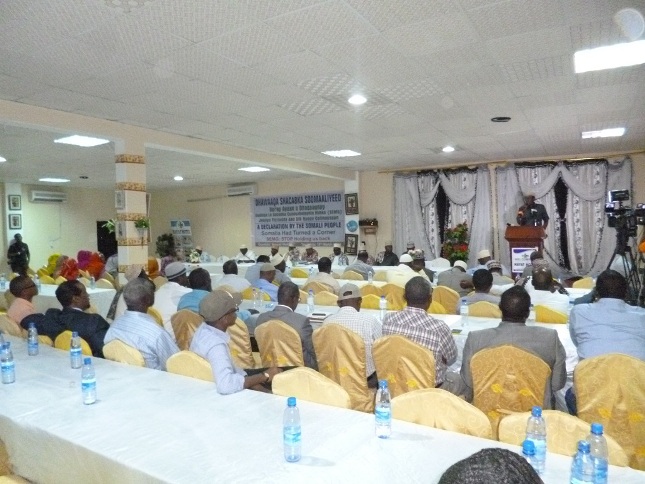 Mogadishu (HAN)March 16. 2016. Public Diplomacy & Regional Security News. Press Release. Norway has complained to the U.N. Security Council that accusations by U.N. experts that Oslo’s assistance to Somalia was a cover to promote the commercial interests of Norwegian oil companies were “completely unfounded and simply wrong.

”The U.N. Monitoring Group’s annual report to the Security Council’s sanctions committee on Somalia and Eritrea suggested Norway’s development assistance to Somalia could be used “as a cover for its commercial interests there.”

Again In Somalia today, General meeting of the Leaders of the Somalia Business Community, Civil Society and Federal Government Officials in Mogadishu rejected the so-called “U.N. Monitoring Report on Somalia.”

President of Somalia Hassan Sheikh Mohamoud, “Let me reassure you that these allegations against Somali officials, Somali institutions and Business Community are completely unfounded and simply wrong.” “We need a full apology towards false accusations,”  FGS official added.

Press Relaese: More than 500 leaders of the Somalia business community and members of civil society convened on 19 March 2016 to discuss the United Nations Monitoring Group for Somalia and Eritrea (“SEMG”) and its detrimental impact on the development and growth of Somalia. The meeting was sponsored by the Somali

Religious Council, the Somalia Council of Traditional Elders, Somali women’s groups, Somali business community led by the Chamber of Commerce of Somalia, and SOCENSA, with support from members of the media and the youth.

With regard to the SEMG, the participants: