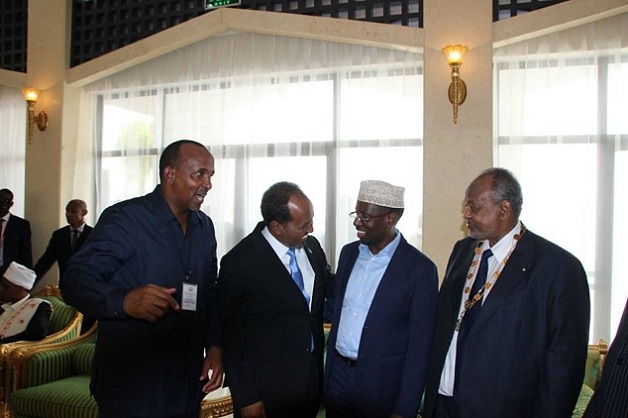 Both leaders have discussed on a range of issues concerning Somalia’s political crises and upcoming parliamentary and presidential elections due to take place August, later this year, 2016.

Former TFG leader who is expected to run for the next president of Somalia is among leaders from the federal government and regional states attending the inauguration of Ismail Omar Gelleh.

Mr Gelleh has been re-elected as Djibouti-an president for the fourth term in office after winning landmark election held last month. Opposition groups have boycotted the result.

Djibouti has contributed peacekeeping troops to the African Union mission in Somalia (AMISOM) in Somalia who are helping Somalia’s federal government in the fight against Al shabaab.