The two Heads of State will discuss progress of bilateral ties, measures of its further consolidation as well as regional developments & trends. President Mohammed Abdullahi Mohammed & his delegation will also visit various development sites and projects.

On July 2018 the presidents of Eritrea and Somalia have signed an agreement to restore their countries’ relations after years of animosity. 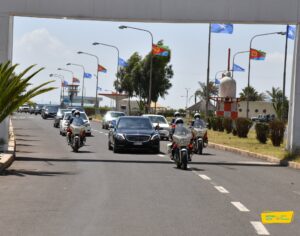 After signing the agreement, Somali president called for the lifting of sanctions on Eritrea, imposed over the country’s alleged support for the al-Shabab armed group in Somalia.

“Eritrea and Ethiopia have had poor relations because of Eritrea’s support for groups like al-Shabab and other opposition groups in Somalia,” Bryden.

“That support has diminished in recent years, and there really hasn’t been a confrontation between the two governments,” he said.

Bryden also raised the issue of the political relationship Eritrea, Ethiopia and Somalia have with Gulf countries.

Somalia, on the other hand, has a very poor relationship with the UAE, according to Bryden.

“Mogadishu is more closely aligned with Qatar, so it’s not clear how Somalia is going to walk this tightrope between these two camps and where it’s going to take Somalia next.”

After Ethiopia’s peace agreement with Eritrea, its other neighbour and rival Djibouti asked the UN Security Council for help mediating a long-standing border dispute that has soured relations with Asmara.