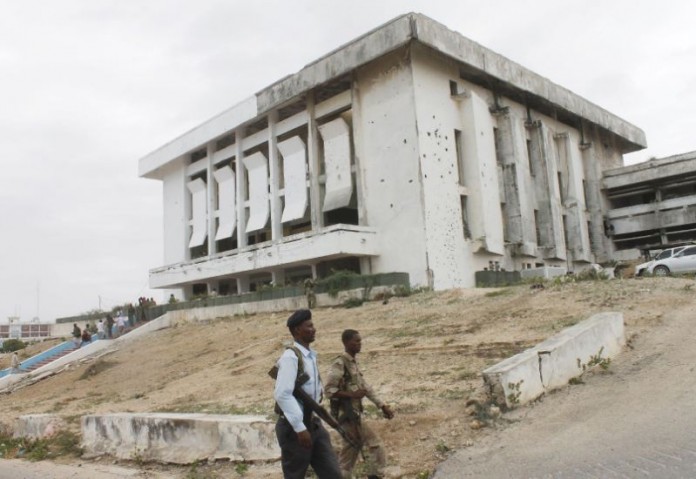 MOGADISHU (HAN) April 7. 2016. Public Diplomacy & Regional Security News. A Somali parliamentarian survived a drive-by shooting near a busy Mogadishu market on Tuesday in which two of his bodyguards were killed, police said.

“A lawmaker was wounded in Hamarweyne by gunmen, there are investigations going on but there are also other casualties,” said police officer Ibrahim Mohamed.

MP Mohamed Ali Deheye was hurt and his guards killed in the shooting close to the Hamarweyne textile market.

“The gunmen blocked the car of the lawmaker and sprayed fire on his vehicle, two of his security guards died in the attack but he was rushed to hospital after sustaining injuries,” said Mohamed Sadiq, who witnessed the attack.

“There was heavy gunfire and people running away from the scene, the gunmen also escaped,” said Mumino Nur, another witness.

“The Mujahedeen fighters opened fire on a vehicle that transported a lawmaker, he was seriously wounded and three of his guards died,” the Shabaab said in a statement issued by its Radio Andalus media organisation.

Shabaab was forced out of the capital in 2011 but continues to exert control in the countryside and launch regular bomb and gun attacks in Mogadishu and elsewhere.

Although assassination attempts targeting politicians are not uncommon in Mogadishu – whether carried out by Shabaab or political rivals – recent days have seen an increase in the number of shootings.

Political tension and Shabaab attacks are both rising ahead of a change of government due later this year in Somalia.