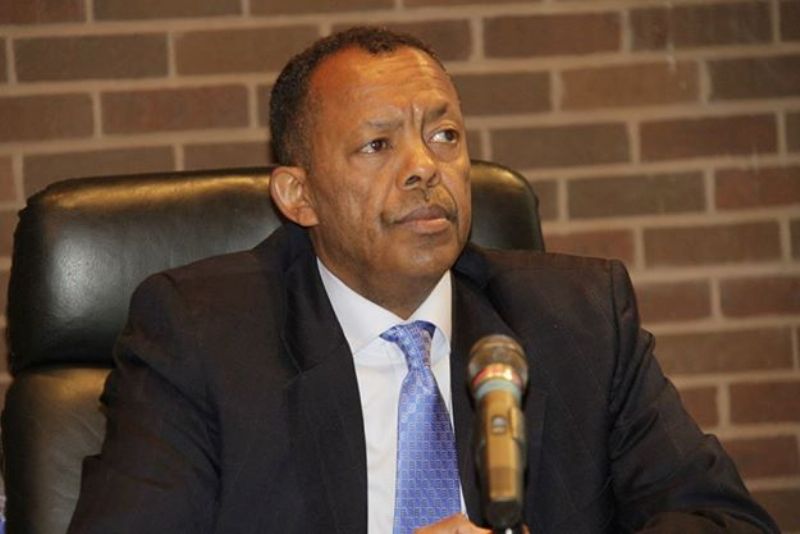 Minnesota  (HAN) August 19, 2014 – Expert Analysis, Your Power & Regional Influence Magazine, opinion page by Faisal Roble,  Facebook page.  Almost a month ago, on that painful day of July 23, 2014, the Somali nation lost one of its finest daughters.  Our own princess, Saado Ali Warsame, became a victim to a heinous and senseless terror culture that had for some time engulfed Mogadishu.  Her loss threw me off; like many Somalis, I felt void, and darkness eclipsed me with a sense of obliviousness, almost feeling like I was having a panic attack.

Integration TV: Saado Ali Warsame Tribute: This programme serves to bridge the gap for the Somali Diaspora as they grow and integrate into different societies

The holy month of Ramadan of 2014 came and passed with a lingering sadness and bewilderment.  In our powerlessness, all we have to fall back on to is the Islamic words of prayers uttered in honor of the dead, “Inaalilaahi Wa’inaa Ilayhi Raajicuun.”  That is all we can do for now.What is wrong with a society, or a city that kills its finest?  Why would anybody want the late Saado Ali dead? Who killed her?  The more I ask questions of this sort, the more I get upset and depressed.  Was she killed because she was an ardent supporter of federalism? Was she killed to silence her opposition to the war in the Shabelle and Hiiraan regions?  Was she the last refuge for the voiceless Somalis in the Horn of Africa region? In the end, none of these matters.  What matters is the nation lost Saado and someone who is one of us cut her immense contribution to this nation short.

I paid my utmost tribute to her in a 2011 article, “A Tribute to Saado Ali Warsame,”   I felt confident enough then to celebrate her art, struggle for social justice, and the degree to which she captured the femininity of the Somali woman.  Observing her walking to the stage, one could easily see the portrait of a Somali woman as depicted in these picturesquely poetic words come true:

When she strolls elegantly
And measurably moves one leg at a time
People affirm with certainty
That she did not touch the ground
But, she only patted it like a peacock does.

For this nation of bards, Saado was our Aritha Franklin, always reminding us through poetry and songs the beauty of love, the need to dance to get it out, reach a semi-nirvana state and burn the mid night oil a la Somali way.  “Cunaabi, Xamdi, War Ninkow, Afkii baa Juuqda Gabay”, and many more melodies as social commentary will always be heard in our homes. Saado may have died in flesh but will always be with us.

I will never forget the emotions I got when in the 1980s I first heard “Laand Karuuser Gado Soo bari Galay.” This was a period of social crisis, and a time when an autocratic rule in Somalia was sustained by the generosity of the West. Social upheaval was in the offing.  Barre refused to see the future while Saado insisted on gauging the sharpening of the class contradiction in Somalia.

Studying at UCLA at the time, with an idealistic eye on understanding how Africa’s, particularly Somalia’s development priorities were upside down, her song “Laand Karuuser gado soo bari Galey, guuxiisa mood, Gob inaad ku tahay i Geeska Afrika” told me the story many volumes of books by luminaries such as Samir Amin, Wallerstein, David Harvey, et al struggled to synthesize. In a way that a layperson can understand, she chastised Somalia’s ignorant elites to “go ahead and drive land cruiser in the dusty street of Mogadishu with your outsized ego, while you beg for grain to feed your hungry people.”

In doing so she was not trying to be a structural Marxist, but a patriot Somali who was saying no to social stratification in her own backyard. She was being a true and unadulterated revolutionary.

Whereas one of Sayid Mohamemd Abdulle Hassan’s poems had captured the genesis of tricky colonial penetration into Somalia, Saado’s revolutionary song of “Land Cruiser” synthesized its lopsided priorities for development. About hundred years ago, Sayid Mohamed taught us that colonialism came to Somalia by first erecting listening devises (“ka taago siin”) in the country, followed by Dinars distributed to opportunists to effectuate colonial rule.

One hundred years later, Saado ashamed us about our elite’s culture of begging for food for the needy, while cruising in Land Cruisers amongst its emaciated children and mothers in the dusty streets of what once used to be “the Pearl of the Indian Ocean” – that is Mogadishu, a tormented city in the 21st century.

Saado was to us what Jameala was to Algeria.  Simply put, she fought corruption and defended Somali unity.  Before she was killed, she championed the cause of the helpless masses of the Shabelle region that are fighting powerful forces. Her latest song, “shabeelaha maxaa ka Dhumay,” was in fact why this eulogy likens Saado to the revolutionary sprit of Rosa Luxemburg who midwifed the birth of Polish nation in the 1920s.

With her unbounded gift for Somali poetry, her nibble and agile talent to literally make songs on any major challenges facing Somalia makes this woman a “phenomenal” woman, a woman of substance, and indeed a woman who has been bred and raised in the pan-Somali rich environment of the triangular region of Buuhoodle-Danood-Wardheer – the same region where beautiful women are in abundance as in “wada loo maruu wad yaalaaye, wardheer dalwanaagsanaydaa.” (Or in English, it would read as: had it not been the death trap on the way to Wardheer, I would have journeyed to Wardheer where beauty is in abundance.) From any way you look at it, Saado represented the best and finest of Haud.

I was not going to eulogize Saado since I have already celebrated her contributions to our community, until I saw a sobbing Sangub who declared this:

“I am not going to cry for anyone anymore, because I became numb; nothing would ever shock me more than the death of Saado, my daughter. That is it, no more crying…..”

Millions of Somalis are echoing Sangub’s words; her friend and a duet singer, Abdikadir Jubba, overcame with grief reminded us, “waxa aan la ooyaayaa, Ilmadu iiga qubanaysaa…” Juba equated the loss of Saado to that of the dismemberment of the Somali nation.  Indeed, the two are equally painful.

Knowing who killed her may never fill the void. However, given the number of local and regional powers that were threatened by her resolute decision to help bring back Somalia to life, we shall not rest until we know the identity of who were behind her murder.  That resolution, plus the bold and correct measure recently taken by the Mogadishu government to disarm former warlords, organized gangs, and pricy leaders, is in a perverse way of paying a tribute to Saado Ali Warsame.

Let us finally bid her a final and eternal farewell so she can rest. Until then, we promise to keep her cause alive.

Good bye my dear friend and we shall always love you! 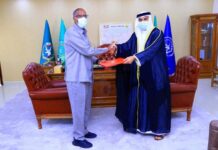 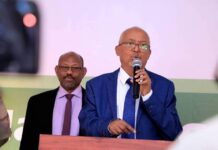 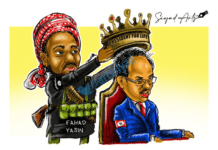