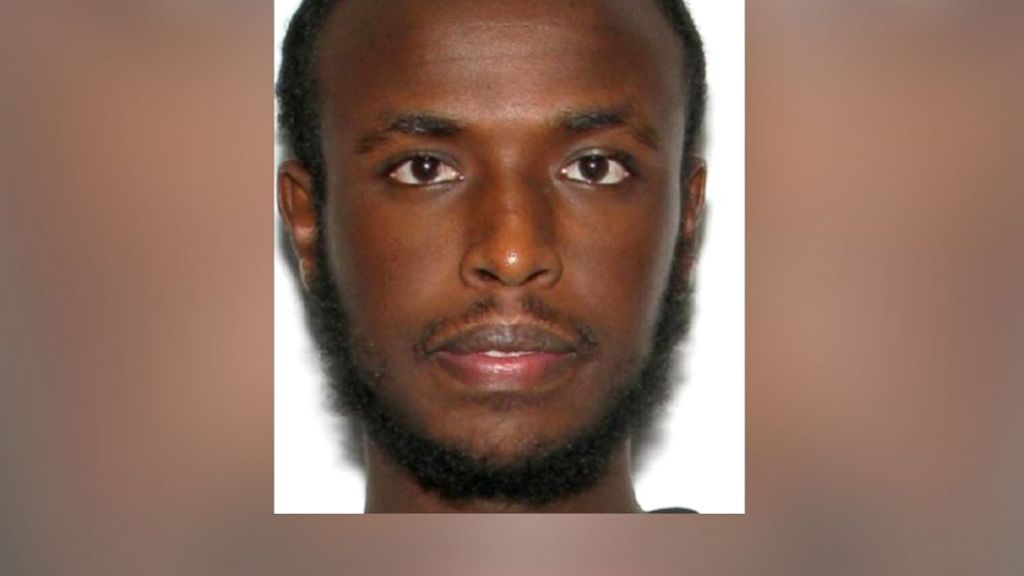 New Most Wanted Terrorist is a Naturalized U.S. Citizen Born in Somalia

Liban Haji Mohamed, a naturalized U.S. citizen born in Somalia, has been named to the FBI’s list of Most Wanted Terrorists, and a reward of up to $50,000 is being offered for information leading to his arrest and conviction. Mohamed is charged with providing material support and resources to al Qaeda and al Shabaab, a Somali-based terrorist organization.

“Al Shabaab has claimed responsibility for many bombings in Somalia and Uganda and the 2013 attack on the Westgate Mall in Nairobi, Kenya,” said Carl Ghattas, special agent in charge of the Counterterrorism Division at the FBI’s Washington Field Office. “Liban Mohamed is believed to have left the U.S. with the intent to join al Shabaab in East Africa. We believe he is currently there operating on behalf of that terrorist organization.”

“Al Shabaab has claimed responsibility for many bombings in Somalia and Uganda and the 2013 attack on the Westgate Mall in Nairobi, Kenya,”Carl Ghattas, special agent in charge of the Counterterrorism Division at the FBI’s Washington Field Office, said.

“Liban Mohamed is believed to have left the U.S. with the intent to join al Shabaab in East Africa. We believe he is currently there operating on behalf of that terrorist organization.”

Ghattas said it is crucial to find Mohamed because he has knowledge of the Washington, D.C. area’s infrastructure.

A Different Kind of War: In the wake of September 11, you disrupted al Qaeda’s central operations. You captured or killed roughly 80 percent of al Qaeda’s key leaders and operatives. You destroyed their training camps and their means of communication.

In spite of these successes, we still are not safe. The global war on terrorism presents a different kind of war—one unlike any we have fought before.

In this war, there is no clearly defined enemy. Al Qaeda is shadowy and nebulous, with no headquarters and no clear hierarchy. As we all know, they are seeking out new staging grounds for recruiting and training. They are promoting from within. And they are using seasoned operatives to plan attacks around the world. Every day, they are seeking to rebuild what you tore down.

We also face a new threat: homegrown terrorism. Al Qaeda is no longer merely one cell; it is a movement. We face two distinct threats: al Qaeda itself and extremists the world over who may not be connected to al Qaeda, but who are inspired by its message of violence and hatred.

Just as there is no clearly defined enemy, there is no clearly defined battlefield. No country is immune. The war zone stretches from Baghdad to Britain and from Battery Park to Bali. And while globalization has made the world smaller, technology has given terrorists a multitude of weapons, from dirty bombs and IEDs to mobile phones and the Internet.

To win this war, we must continue to work together. Whether we call it interagency cooperation, information sharing, or partnership, the effect is the same. Our continued success depends on continued collaboration.
PHOTO: Liban Haji Mohamed is seen in this undated FBI photo